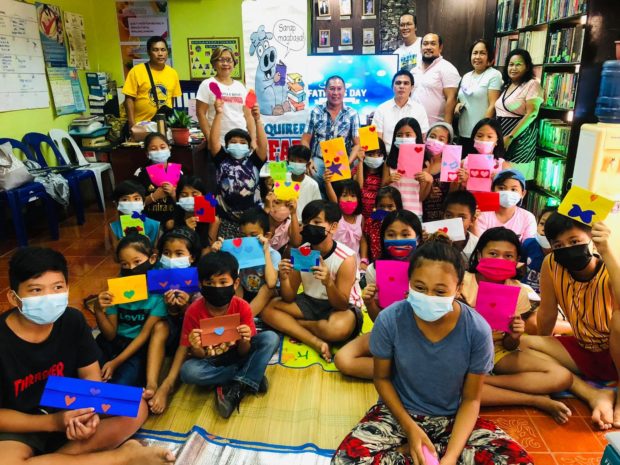 CEBU CITY – Seven-year-old Marykyne Bertiz had her eyes on a Barbie doll and other toys which she wanted to bring home from a store.

Since she did not have enough money to buy them, Bertiz decided to get a money box made of bamboo where she put all her savings.

Bertiz was among those who attended the Inquirer’s Father’s Day Read-Along session at Barangay Ward 3 in Minglanilla town, south Cebu on Sunday.

About 30 children, aged 7 to 10, listened to the story read by Minglanilla Councilor Jesus “Boyet” Velez.

The book, “Bisnesboy Minggoy” by Augie Rivera, tells the story of how a boy used his resourcefulness to make his dream of having a bicycle come true.

Instead of buying cheeseburgers and soft drinks, Minggoy used a part of his P20 daily “baon” to buy plain burgers and bring with him drinking water.

When he returned home, Minggoy decided to walk instead of riding a tricycle so he could save enough money.

At home, he looked for scraps that he can sell like bottles and newspapers. 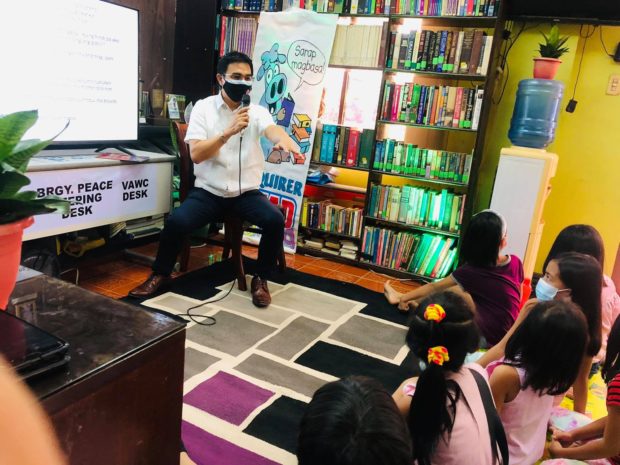 According to Councilor Velez, the story should encourage children to save money so they can achieve their goals.

“Hopefully, children would learn to not depend on their parents but like Minggoy should exert an effort to reach their goals in life,” he said.

If you set your mind on something, you really can achieve it,” he added.

Velez said parents should teach children how to save and to support them in their endeavors.

“Poverty is not a hindrance to achieving something. I hope parents will support their children to reach their goals, especially in finishing their studies. That’s a sure way to improve their lives,” he said.

During the session, participants made cards for their fathers who celebrated their special day on Sunday.

Bertiz, the youngest in a brood of three, was grateful to his father for being there whenever their mother, a health worker, goes to work.

“My father, a barangay tanod (village watchman), washes our clothes and cleans our house. I helped him and I consider that a bonding moment with him,” she said.