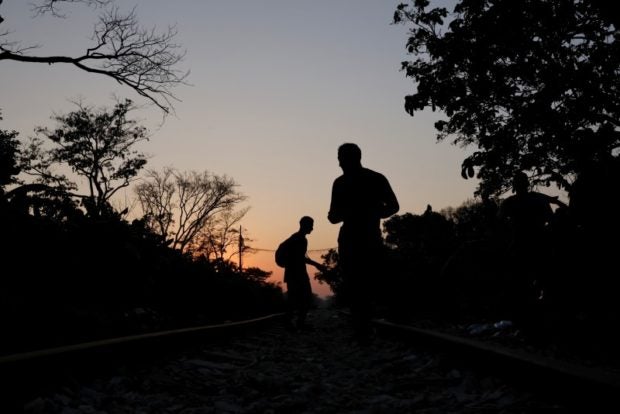 A group of Central American migrants rest along the railway track on their way to the United States in Macuspana, Tabasco, Mexico March 25, 2021. (REUTERS)

TORONTO  – Canada will admit more refugees and their families this year as part of its effort to tackle a global crisis, Immigration, Refugees and Citizenship Minister Marco Mendicino said on Friday.

He said Canada will take nearly double the number of protected persons, defined as people who have applied for and been granted refugee status after arriving in the country, as well as their immediate families abroad. The new target is 45,000, up from 23,500.

Mendicino also said the government plans to spend an additional C$3 million ($2.4 million) over two years for refugee sponsorship and modestly expand a program blending refugee resettlement with economic immigration. His announcement comes ahead of ahead of World Refugee Day on Sunday.

“We hope to be able to facilitate their travel, obviously taking into consideration ongoing travel restrictions,” Mendicino said, referring to refugees’ family members.

Canada aims to resettle 36,000 refugees this year – distinct from protected persons in that resettled refugees are referred directly to Canada by an agency like the UNHCR and have refugee status on arrival. Mendicino has said Canada may accept Central American migrants to help the United States, which is struggling to deal with an increase.

The backlog of immigration applications for the family members of protected persons had been increasing before the pandemic and nearly doubled to 21,372 in January, 2021 from 11,177 in January, 2018, according to government data obtained by Reuters.

Reuters spoke with refugees waiting months or years to be reunited with family members subject to abuses in their countries of origin.

Even as Canada prepares to accept more refugees, it has sought to prevent asylum-seekers from coming into the country via its land border – either through its Safe Third Country Agreement with the United States or through a COVID-19 policy being contested in court.