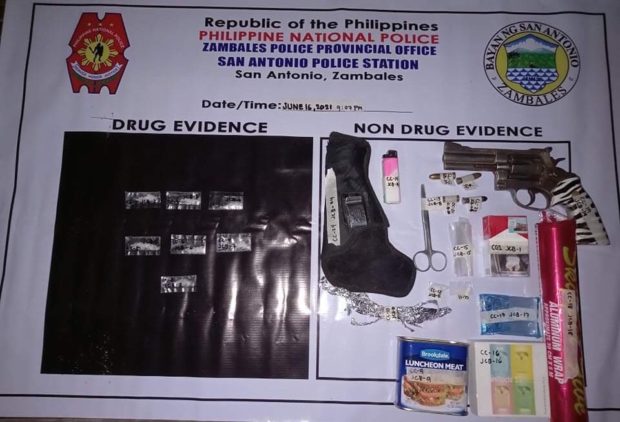 Jhonny Santos, 36, who was on the list of “high-value individuals” in the province, was arrested Wednesday after being served a search warrant issued by a local court for violating the Comprehensive Dangerous Drugs Act of 2002.

Confiscated from the suspect were seven plastic sachets containing suspected “shabu” (crystal meth) weighing 0.9 grams worth about P7,000 and other drug paraphernalia.

The police also recovered from the suspect a .38-caliber revolver loaded with four live ammunition.

The suspect will also be charged with violation of the comprehensive law on firearms and ammunition. INQ