2 Nigerians, 4 others yield shabu worth P204K in Pampanga bust 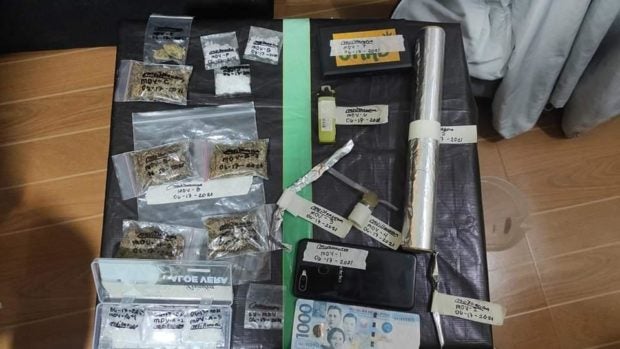 Authorities confiscated these illegal drugs and paraphernalia allegedly from two Nigerians and their four Filipino companions. (Photo from PDEA-3)

He said the duo was with April Wright, 25; Eric Desuyo, 29; Norwin Carpio, 20; and Ralph Joseph Yalung, 25, all residents of this city, inside an alleged drug den at Sitio Villa Teodora in Dau.

It was learned that around 11:30 p.m. on Thursday, PDEA-Pampanga operatives stormed the alleged drug den after an agent managed to buy shabu from the foreigners.

PDEA-Pampanga agents allegedly confiscated from the suspects some 30 grams of shabu, some 30 grams of dried marijuana leaves worth P3,600, 2 grams of high-grade kush marijuana with an estimated street price of P2,000, and assorted drug paraphernalia.

The arrested suspects are facing charges for violation of Republic Act 9165, also known as the Comprehensive Dangerous Drugs Act of 2002. INQ