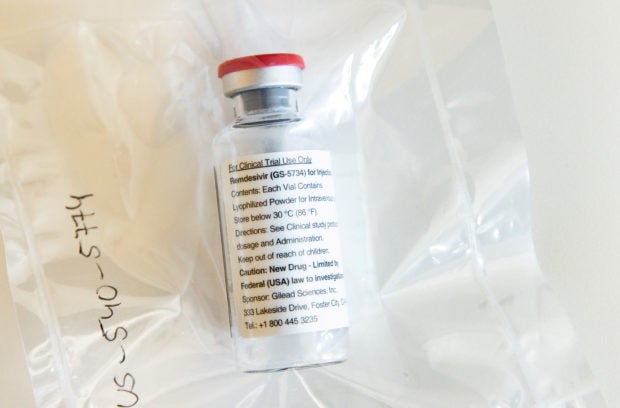 MANILA, Philippines — The National Bureau of Investigation (NBI) on Wednesday announced the arrest of four people allegedly involved in the sale of Remdesivir, a drug used for the treatment of COVID-19 patients in the country.

They were caught in two separate entrapment operations by agents of the NBI-Special Task Force (NBI-STF) in Quezon City on Tuesday, June 15.

Distor said that NBI-STF learned about the large online selling of Remdesiver, an investigational drug for COVID-19 patients, which led to the operations.

The NBI-STF originally contacted the suspects who were selling Rendisivir online and purchased a vial of the medication for P4,500 and Php 5,000, respectively, from two different sellers. Following that, the NBI-STF conducted two simultaneous entrapment operations against the two vendors, with one team of STF Agents apprehending Manaig, Boydon, and Bale on West Avenue in Quezon City and the other team apprehending Bunyi in Timog, Quezon City.

According to the Food and Drug Administration (FDA), the use of the anti-viral drug requires a Compassionate Special Permit (CSP), adding that it is only granted to licensed doctors and hospitals who shall take full responsibility for the use and dispensing of Remdesivir.

The FDA also stressed that a drug product that was issued a CSP, is not an assurance of the product quality, safety and efficacy. Thus, no product with CSP can be marketed commercially.