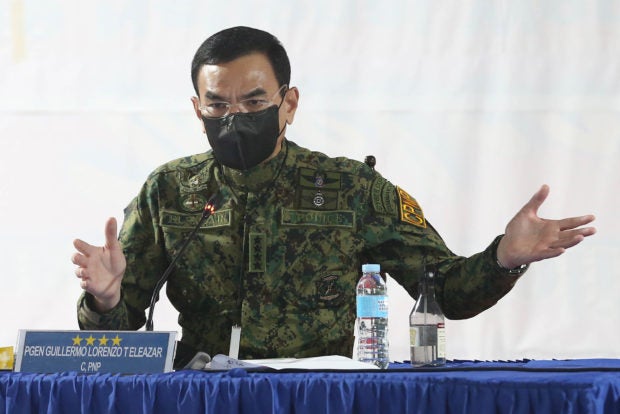 MANILA, Philippines — Philippine National Police (PNP) chief Gen. Guillermo Eleazar has dismissed from service a police officer for grave misconduct after allegedly demanding money from police applicants in order to prioritize them in getting into the police force.

(We permanently dismissed Bunagan from service. Police involved in illegal activity have no place in the PNP.)

Operatives of the PNP Integrity Monitoring and Enforcement Group caught Bunagan in an entrapment operation in Barangay Camarin, Caloocan City on May 31, for allegedly demanding P100,000 from a police applicant supposedly to assure his acceptance to the PNP.

It was learned that Bunagan was out on bail at the time of his arrest as he was previously arrested in another entrapment operation in Barangay Maligaya in Quezon City in April last year for the same extortion offense.

The policeman is facing several criminal charges including violation of Republic Act 11032 or the Ease of Doing Business and Efficient Government Service Act of 2018 and of Republic Act 3019 or the Anti-Graft and Corrupt Practices Act.