China to send three astronauts to space, including its oldest 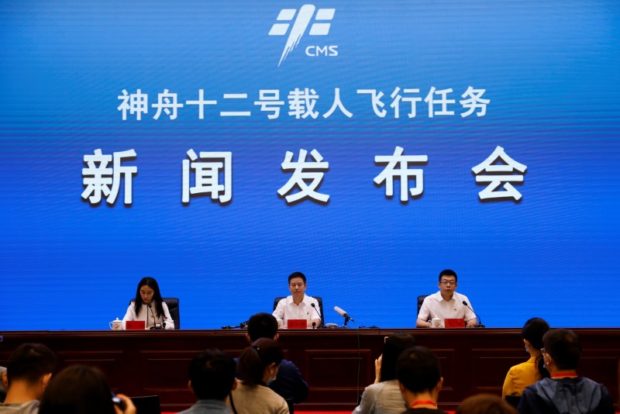 JIUQUAN, China — China will send three men to space in its first crewed mission in nearly five years, including the country’s oldest astronaut to go into space, part of an ambitious plan to complete a space station by the end of next year.

China is expected to launch the crewed spacecraft Shenzhou-12 at 9:22 a.m. (0122 GMT) on Thursday in Jiuquan in northwestern Gansu province, an official at the China Manned Space agency said on Wednesday.

Shenzhou-12, meaning “Divine Vessel“, will be the third of 11 missions needed to complete China’s space station by 2022.

China began construction of the space station this year with the launch of Tianhe – the first and largest of the station’s three modules – in late April.

The mission will be led by Nie, a native of central Hubei province and a former air force pilot. He will be the oldest Chinese astronaut to go to space.

It will be Liu’s second mission to space and Tang’s first.

The backup astronauts for the mission are Zhai Zhigang, 54, Wang Yaping, 41 and Ye Guangfu, 40.

China’s last crewed flight mission was in 2016 when two men – Chen Dong and Jing Haipeng – were sent via the Shenzhou-11 spacecraft to Tiangong-2, a prototype of the space station where they later stayed for about a month.