Habagat prevails in northern Luzon, parts of Mindanao; fair weather for the rest of PH 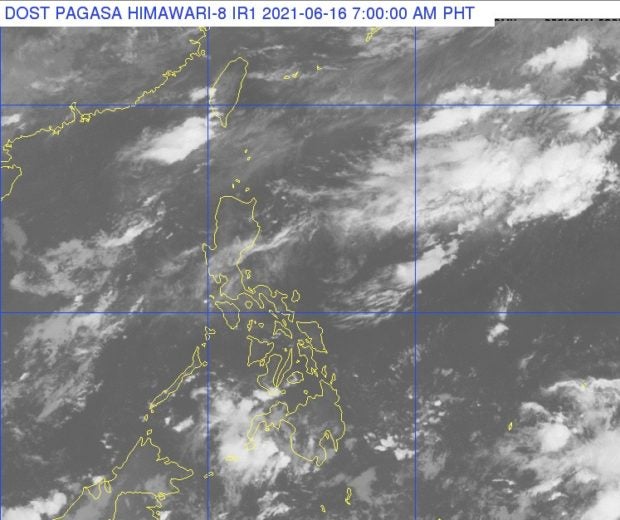 MANILA, Philippines — Most parts of the country are expected to experience fair weather, while Northern Luzon and some parts of Mindanao may continue to expect rains due to habagat or southwest monsoon, the state weather service reported on Wednesday.

The Philippine Atmospheric, Geophysical and Astronomical Services Administration (Pagasa), in its latest report, also said monsoon rains will affect Northern Luzon and Central Luzon, while localized thunderstorms have formed in parts of Zamboanga and Basilan.

“For this morning, and this afternoon, asahan natin yung partly cloudy and cloudy skies, at pulo-pulong pag-ulan,” weather specialist Benison Estareja said during his report, referring to Northern Luzon and Central Luzon.

(For this morning, and this afternoon, expect partly cloudy and cloudy skies and isolated rains in Northern and Central Luzon.)

(For the rest of the country, including Metro Manila, expect fair weather conditions…. This is not due to a monsoon break since there is still southwest monsoon.)

Meanwhile, no gale warning is raised on any country’s waters with the entire seas only expected to have slight to moderate sea condition, with exception of the Northern part of the country, which is projected to have moderate to strong sea condition.