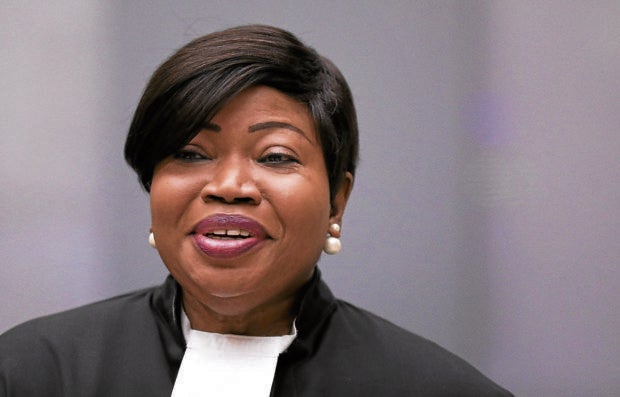 MANILA, Philippines — The road toward an actual trial is still far ahead, but outgoing International Criminal Court (ICC) Prosecutor Fatou Bensouda’s request for a full investigation of the brutal conduct of President Duterte’s war on drugs holds clues as to who might possibly be charged with crimes against humanity: Duterte himself and former Philippine National Police chiefs Ronald dela Rosa and Oscar Albayalde.

In a scathing 57-page report released on Monday, her last day as ICC prosecutor, Bensouda said she had “reasonable basis to believe” that the crime against humanity of murder “was committed as part of a widespread and systematic attack directed against a civilian population pursuant to or in furtherance of a state policy.”

Specifically, the Office of the Prosecutor (OTP) cited the “plethora of public statements made by Mr. Duterte and other Philippine government officials encouraging, supporting and, in certain instances, urging the public to kill suspected drug users and dealers” as evidence of a state policy to attack civilians.

This pattern of extrajudicial killings (EJKs) observed in Davao during Duterte’s tenure mirrored that during the 2016-2019 war on drugs with him as president, prompting Bensouda to expand the scope of the probe to include Davao EJKs from Nov. 1, 2011, to 2016, or from when the Philippines first became a signatory to the Rome Statute.

Duterte himself is the main respondent of the case filed by the families of drug war victims at the ICC nearly three years ago.

But Bensouda also said the two former PNP chiefs were “responsible for ordering, directing and organizing the overall conduct of war on drugs operations in which a large part of the alleged crimes were committed.”

Dela Rosa, who was the police chief of Davao when Duterte was mayor there, is widely seen as the architect of the “Oplan Tokhang” (knock-and-plead) campaign in which thousands of drug surrenderers were killed. Police claimed they had fought back (“nanlaban”) during operations or were shot dead by vigilantes.

Albayalde later succeeded Dela Rosa as PNP chief, during which he “confirmed his commitment to continuing the programs of the previous leadership,” Bensouda noted.

The Inquirer tried to reach Dela Rosa and Albayalde for comment, but there was no response as of press time. 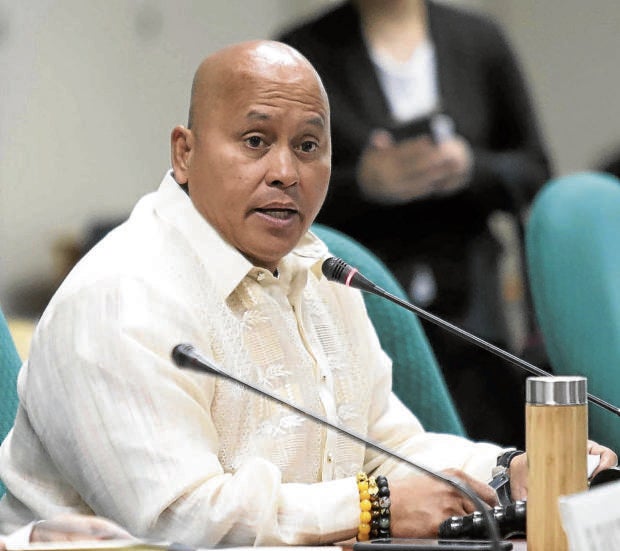 Also mentioned by Bensouda were the provincial and city-level PNP directors, as well as the officials of the Philippine Drug Enforcement Agency, Armed Forces of the Philippines, and the Department of the Interior and Local Government. All had played active roles in implementing the drug war, the OTP said.

Of course, said lawyers Romel Bagares and Kristina Conti, the determination of criminal responsibility will start much later, if and when the ICC’s Pre-Trial Chamber (PTC) approves Bensouda’s request to start a preliminary investigation.

But Bensouda’s report should give those involved pause, especially the two ex-PNP chiefs, and especially because the ICC looks at individual responsibility to determine liability, Bagares said.

Echoed Carlos Conde, senior researcher at Human Rights Watch: “Although it’s not spelled out in the document, that seems like the implication … At the very least, the OTP was trying to draw a link between the police on the ground, then to the commanders, who report to Duterte.”

“I think it is not inconceivable to draw the conclusion that these officials are going to answer to the ICC, too,” Conde added. 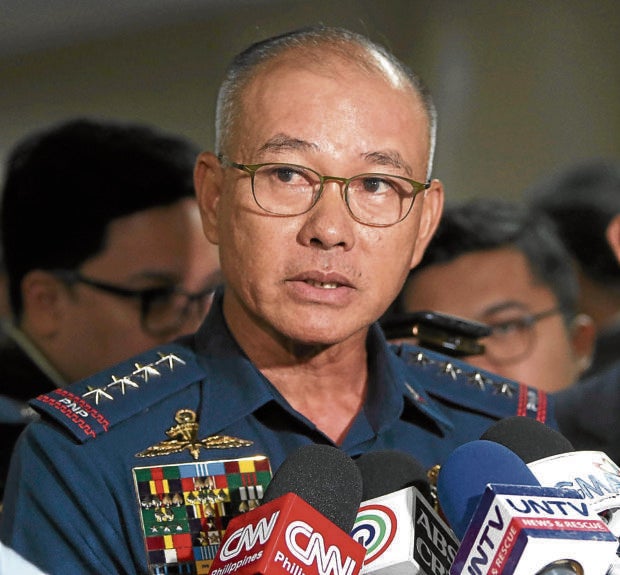 For now, Bagares said, their alleged involvement in the drug war drives home the argument that the violence resulting from it was “really pursuant to state policy.”

This will invoke the “same person, same conduct” test to assess complementarity and require accountability for the persons “most responsible” for the killings, and not just any foot soldier, Bagares said.

For Edre Olalia, president of the National Union of Peoples’ Lawyers (NUPL) and legal counsel to the families who filed the ICC communique, the report was a “preview of the possible liability of these two people.”

“It’s a cause for worry. This is their comeuppance since they have been remorselessly justifying these killings in the drug war,” Olalia said. “However, since we’re still at the preliminary examination stage…”

It could take months, even years, before the chief architects of the war on drugs are charged with crimes against humanity, but the legal counsels of the families who dared hold the president accountable for the killings see Bensouda’s valedictory action as “vindication” for the survivors and a massive blow to the nanlaban narrative and the culture of impunity.

“We feel vindicated that the prosecutor has recognized the unjust killing of thousands of victims of Duterte’s ‘war on drugs,’” said NUPL chair Neri Colmenares, who is also legal counsel to the families of the drug war victims. “We are ready to testify and provide [what] can be used as evidence in eventual trial against the Philippine public officers most responsible for thousands of killings.”

More importantly, he said, they believed that the ICC would find a basis to issue a warrant of arrest for Duterte himself for enabling this brutal policy.

In her report, Bensouda said: “These extrajudicial killings, perpetrated across the Philippines, appear to have been committed pursuant to an official state policy of the Philippine government. Police and other government officials planned, ordered and sometimes directly perpetrated EJKs. They paid police officers and vigilante bounties for EJKs.”

Legal experts said the “most surprising” aspect of Bensouda’s request for an investigation was her decision to widen the scope to cover killings committed in Davao in 2011-2016.

Bagares said this was covered by the ICC’s temporal jurisdiction and might have to do with the original testimonies of confessed hitman Edgar Matobato, who claimed to be part of the Duterte Death Squad, and Fr. Amado Picardal, who had helped document EJKs in Davao.

Bensouda also emphasized that the EJKs “do not represent anomalies or exceptions … but appear to be a defining characteristic of the national war on drugs, which has affected nearly every corner of the Philippines, spanned a number of years, and appears to implicate the highest levels of Philippine law enforcement and government.”

Equally damning was the OTP’s finding that the police’s nanlaban narrative as largely “not credible.”

“Contrary to official claims, many war on drugs killings by law enforcement were not justified,” Bensouda said. “The use of force employed appears to have been unnecessary and disproportionate under the circumstances, and the killings therefore arbitrary and unlawful.”

If the PTC approves Bensouda’s request, the ICC can move to the preliminary investigation stage where it would have to settle two questions: What crimes have been committed and who is the most responsible, said lawyer Conti.

At present, the Philippines refuses to acknowledge the ICC’s jurisdiction since it withdrew from the Rome Statute in 2018. Thus, presidential spokesperson Harry Roque warned, it would not cooperate with the ICC on any such probe.

Bagares said the Philippines now had a brief but narrowing window to prove its domestic mechanisms were effective and able to prosecute suspects.

He said the Philippines — although it had withdrawn from the court — could still contest admissibility within 30 days of notice from the OTP, by informing the ICC that it is, in fact, investigating the crimes.

But the government must do this before the PTC decides to authorize an investigation; “otherwise, the investigation will proceed,” Bagares said.