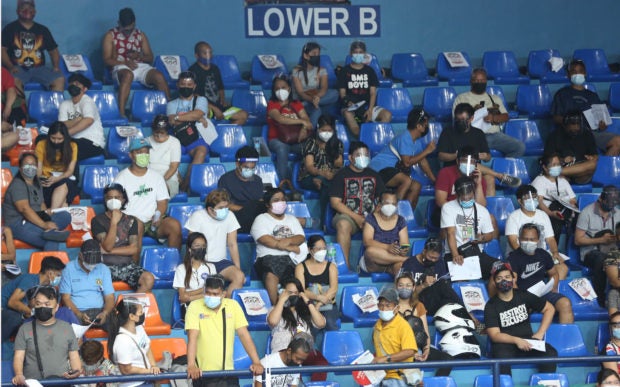 GAME TIME Thousands of San Juan City residents show up on Tuesday morning at Filoil Flying V Center not to watch a basketball game, but to get their first and second dose of Pfizer and AstraZeneca vaccines. —NIÑO JESUS ORBETA

MANILA, Philippines — The country’s pandemic managers again refused to disclose the prices of COVID-19 jabs and invoked secrecy clauses in the supply contracts with pharmaceutical companies, but told senators during a Senate hearing on Tuesday that they could reveal such information behind closed doors.

Vaccine czar Secretary Carlito Galvez Jr., chief implementer of the National Task Force Against COVID-19, and Finance Secretary Carlos Dominguez III declined to divulge publicly the costs involved in three supply deals signed by the government with Sinovac Biotech of China, Moderna of the United States and Gamaleya of Russia.

These are so far the only procurement agreements entered into by the Philippine government outside of donations from other countries or through the COVAX global vaccine-sharing facility.

“It’s a public hearing, so we cannot disclose the price as we are bound by nondisclosure agreements (NDA),” Galvez told the Senate committee of the whole when pressed by Senate Minority Leader Franklin Drilon, who noted that the 1987 Constitution required transparency in transactions using public funds.

Drilon also recalled that in a January hearing, Galvez committed to disclose the pricing of the vaccines once the actual agreements were signed.

Dominguez said he could give the pricing of the COVID-19 shots to the senators in an executive session, and told Drilon in jest: “And perhaps we can require you to sign a nondisclosure agreement.”

But the Senate leader was not amused. “We are not under the executive branch. We are exercising our oversight functions. I don’t think it’s proper if you make me sign an NDA,” Drilon said, prompting Dominguez to apologize.

Dominguez replied: “This is a public forum, so we cannot give the numbers. But if COA wants to audit us, it is open for audit.”

He added that since the supply contracts were to be fulfilled using money borrowed from multilateral lenders such as the Asian Development Bank and the World Bank, this was tantamount to a “double check.”

He said the banks would not lend if they saw the government was overpaying. “We are using the banks to make sure we are not buying overpriced goods,” he pointed out.

All that the finance chief could disclose was the range of the prices of the COVID jabs, saying it went from a low of $6.75 to a high of $27.59 per dose. 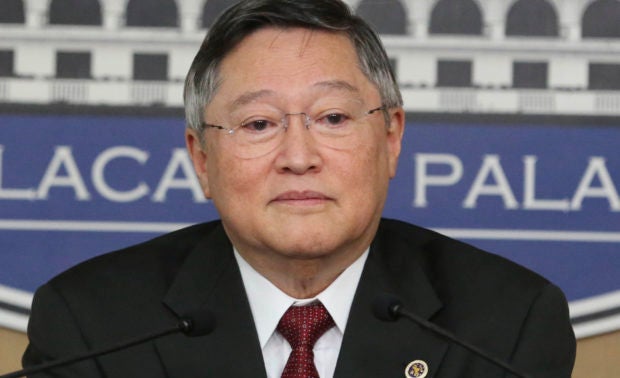 “The price we paid for out of the [General Appropriations Act] is P543 per dose. What we financed through loans is P515 per dose. Then you add another P48 for logistics costs. So it’s roughly P600 per dose including logistics,” he said.

At the hearing, Sen. Panfilo Lacson said the government already had more than enough funds to achieve herd immunity at least for 2021, citing figures given by Dominguez.

“At P446 per dose including logistical costs, we will need P52.3 billion [to buy the needed 117 million doses]. We have already secured P57.3 billion through borrowings, so we have a surplus of P5 billion,” he said.

“So money is not the problem here. We just need to focus more on procuring the vaccines and rolling them out,” Lacson added.

During the hearing, Galvez said the Philippines was to get 68 million free doses, including 44 million from the COVAX facility and 24 million donated by other countries.

In that case, Lacson noted, the government would need to pay only for 49 million doses to achieve herd immunity.

Budget Secretary Wendel Avisado said in the same Senate hearing that the government has so far spent about P13 billion of the P87.2 billion in funds set aside to buy vaccines and roll out the mass inoculation program.

Approved releases to date amounted to P76.59 billion, of which P17.25 billion had been obligated or awarded with contracts for implementation, he added.