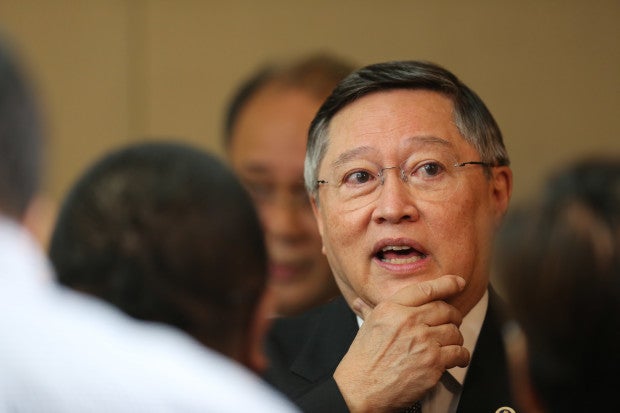 MANILA, Philippines — Finance Secretary Carlos Dominguez III disclosed to the Senate on Tuesday the price range of the COVID-19 shots obtained by the government after he was pressed for more transparency on vaccines bought using public funds.

The Senate Committee of the Whole held an inquiry on the national government’s utilization of the P82.5-billion allocation for COVID-19 vaccine procurement.

Senate Minority Leader Franklin Drilon has prodded Dominguez to reveal the price bracket of the government-procured COVID-19 vaccines, citing the public’s right to know where their money is being spent on.

Dominguez did not disclose the price for a certain brand, invoking the non-disclosure agreement (NDA), which, he said, suppliers asked for.

“We did not invent this NDA, they are the ones, they would not even talk to us if we do not sign the NDA,” he added.

But Drilon wondered how the government would be able to comply with the constitutional requirement of an audit on vaccine procurement when it is bound by an NDA.

Dominguez said the Commission on Audit can still conduct an audit on how the government spent taxpayers’ money for the acquisition of the COVID-19 vaccines.

“This is a public forum, we cannot disclose it publicly. If COA wants to audit us, it is open for audit… I am one guy who really believes in transparency and I am disclosing as much as I can given the NDA,” he added.

Dominguez said he can tell senators the prices of particular COVID-19 vaccine brands that the government bought during an executive session.

The finance chief likewise stressed that the banks which granted loans to the Philippines for the procurement of the vaccines make sure the government is not overpaying for the shots.

“The banks are a second check for us…we are using our banks also to make sure that we are not buying vaccines that are not approved internationally,” he said.

“The ADB (Asian Development Bank) and the World Bank and the AIIB (Asian Infrastructure Investment Bank) are also checking that we are not overpaying… So if they agree to finance us for this particular delivery, I assume that they are also doing their due diligence. I’m sure they will not finance us if it’s overpriced,” he added.

Around P88.6 billion is allocated for the government’s vaccination program. This amount is sourced from the 2021 national budget, the Bayanihan to Recover as One Act, and the contingency fund under the Office of the President, according to Dominguez’s presentation to the Senate.