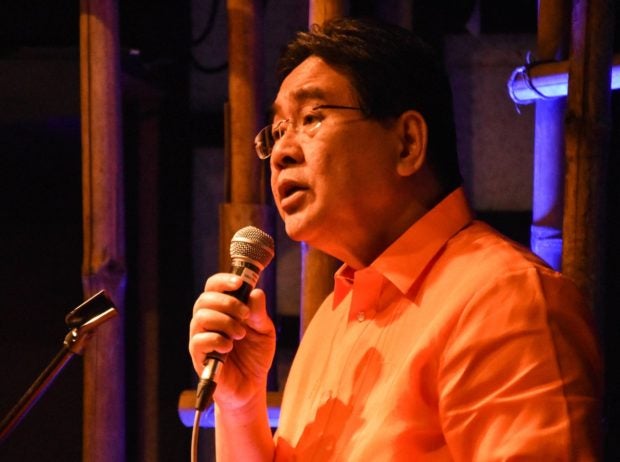 MANILA, Philippines — A furious Deputy Speaker Rufus Rodriguez on Monday slammed vaccine czar Carlito Galvez Jr. and top officials of the Inter-Agency Task Force for the Management of Emerging Infectious Diseases (IATF) for the government’s neglect of the COVID-19 situation in Mindanao.

During the hearing of the committee on Mindanao affairs on the COVID-19 situation in the region, Rodriguez bared that Galvez never answered his letter requesting additional vaccines for Mindanao.

The Department of Health earlier said there was a “faster increase” in new COVID-19 cases in the Visayas and Mindanao while OCTA Research had identified some cities in the region as areas of concern.

According to Rodriguez, he has been receiving messages of people who died because of COVID-19 but “there was no answer at all” from Galvez regarding his request for additional vaccines for Mindanao “so that there will be less deaths.”

“People died because of the inactivity of the vaccine czar. Let me state that on record … that is why I really feel bad about this. First, no answer to my letter. Secondly, people are dying because they are still giving a lot of vaccines to Metro Manila, which [is] now lower already in terms of COVID-19 incidents,” he said.

Galvez, who was absent during the hearing, was represented by Undersecretary Isidro Purisima of the Office of the Presidential Adviser on the Peace Process.

Purisima apologized to Rodriguez, saying there was a shortage of vaccine supply. But Rodriguez pointed out that he sent his letter to Galvez in May when the government had not announced a supply shortage.

Purisima, however, gave assurance to lawmakers that there would be an increase in the supply of vaccines with the arrival of 4.3 million doses.

“We can already increase the supply for different areas, particularly in areas affected by the surge of COVID cases,” he said.

But an enraged Rodriguez replied: “How can you restore lives to those who have died because you did not immediately increase the shortage? No response at all.” INQ