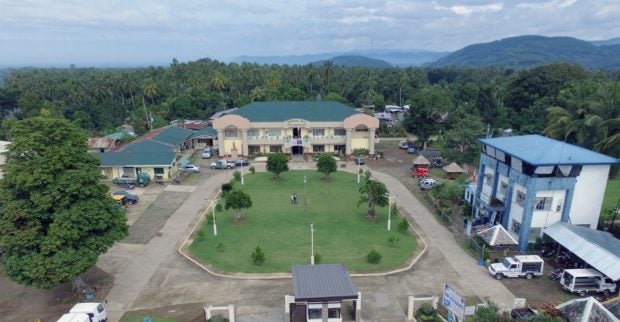 FILLING THE VACUUM The town of Magpet, Cotabato, has to function with a local government caretaker starting on Monday after officials were isolated for testing positive for COVID-19 or as contacts of an infected councilor. —MAGPET MUNICIPAL PHOTO

KIDAPAWAN CITY, Cotabato, Philippines — For the first time since the coronavirus pandemic struck, a whole town was emptied of its elected officials, forcing the Department of the Interior and Local Government (DILG) to install its own municipal officer as the town’s caretaker.

All the elected officials of the Magpet municipal government in Cotabato province—from the mayor down to the last councilor—had to be quarantined because they were either infected by COVID-19 or had to be isolated for coming in contact with town officials who tested positive for the dreaded virus.

Ivy Cervantes, DILG municipal local government operations officer, took over as caretaker on Monday to prevent a leadership vacuum in the administration of the town’s affairs, the DILG in the town announced.

Magpet Mayor Florenito Gonzaga, who reportedly had not shown up at the mayor’s office since last week, only issued an official statement on Monday to confirm that he tested positive for COVID-19, the result of which he received also on Monday. He said he was in stable condition and would be reporting back to work “soon.”

Magpet town Vice Mayor Rogelio Marañon told the Inquirer on Monday that he took over as acting town mayor starting on Friday after it was confirmed by persons close to the mayor that Gonzaga was hospitalized due to symptoms related to COVID-19.

Marañon, however, also had to go on isolation on Monday after one of the 11 councilors who attended their regular council session on June 8 also tested positive for the virus, the result of which was also released on the same day.

“With that, all of us have to undergo quarantine and isolation [while] we wait for our swab test results,” said Marañon, the presiding officer of the municipal council, in a radio interview on Monday.

All offices at the Magpet municipal hall remained open to the public on Monday as disinfection had been done during the weekend, it was learned.

Magpet (population 49,200) is one of the top banana-producing localities in the province.