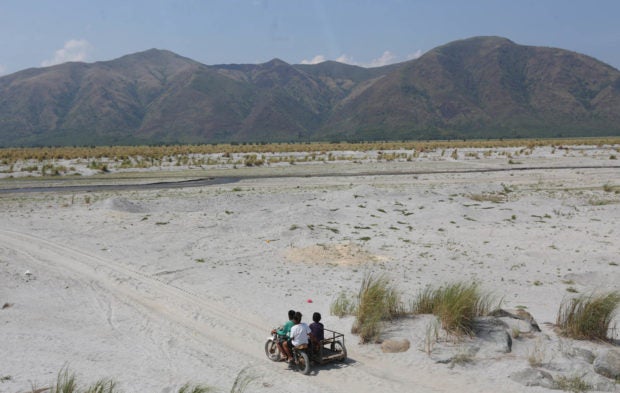 HOMEBOUND A family traverses the lahar-covered Balin-Baquero and Bucao rivers to reach Baytan, a cluster of 11 villages in the Aetas’ ancestral domain on Mt. Pinatubo in Botolan town, Zambales province. Baytan’s farms and forests sustained the community of indigenous peoples in Botolan until Pinatubo erupted in 1991 and forced them to start anew in resettlement sites. —MARIANNE BERMUDEZ

BOTOLAN, Zambales, Philippines — Reynaldo Cabalic braved the rising waters of Balin-Baquero and Bucao rivers on June 2 to reach Sitio Tarupok in Villar, one of the 11 villages in the Aeta ancestral domain on the Zambales side of Mt. Pinatubo, and prepare ginger and taro plots.

That day, Tropical Storm Dante (international name: Choi-wan) had dumped heavy rain over the province and caused the rivers to swell.

Knowing when to shuttle between the Loob-Bunga resettlement in Botolan and Baytan, as the 11 villages are now called, is not new to the 65-year-old Cabalic. He has been doing this for 24 years since 1997, or six years after Pinatubo erupted on June 15, 1991.

Geologists consider the 1991 eruption as the world’s second worst in the 20th century in terms of economic and environmental impact, including the vastness of its pyroclastic flow deposits.

The Philippine Institute of Volcanology and Seismology (Phivolcs) initially estimated the volume of block-and-ash flow deposits at 7.1 cubic kilometers, but it lowered the figure to 4.2 cubic km to 4.5 cubic km after taking into account recently digitized data. The Portland District of the US Army Corps of Engineers placed it at 5.5 cubic km, said Phivolcs chief Renato Solidum.

A fact sheet released by the US Geological Survey in 1997 described the extent of devastation as mind-staggering.

“In the first few years following the cataclysmic 1991 eruption, they have deposited more than 0.7 cubic miles (3 cubic km; equivalent to 300 million truckloads) of debris on the lowlands surrounding the volcano, burying hundreds of square miles of land. During heavy rains, lahars at Pinatubo can transport and deposit tens of millions of cubic yards of mud in a single day,” it said.

Using Phivolcs data as reference to determine the volume of pyroclastic flow deposits still left, Solidum puts it at 24 percent, or 1.08 cubic km, the equivalent of about 90 million trucks full of ash.

If reckoned by the US estimate, the remaining lahar deposits blanketing areas around Pinatubo would be 43 percent, or 2.38 cubic km (198 million trucks of ash), he said.

The 1991 eruption did not spare members of the Aeta community, according to anthropologists. One of them, Jean-Christophe Gaillard, said: “The absence of any intact village, which could have maintained Aeta traditions, did not allow a retreat toward a preserved sociocultural environment.”

Except for Palis, Maguisguis, Nacolcol and Cabatuan, the villages are covered by certificates of ancestral domain titles (CADTs) that also draw the tribe back to Baytan, De Leon said.

At least 328 families are back in Poonbato, while 83 families have returned to Owaog Nebloc, according to Elsa Novo, president of the Samahang Nagkakaisa ng Poonbato.

They are either back for good or have retained houses in resettlement sites that are 40 km to 60 km away from the volcano. They travel using small heavy duty trucks called “weapon,” “kolong-kolong” or trikes, carabaos, motorcycles or by foot. 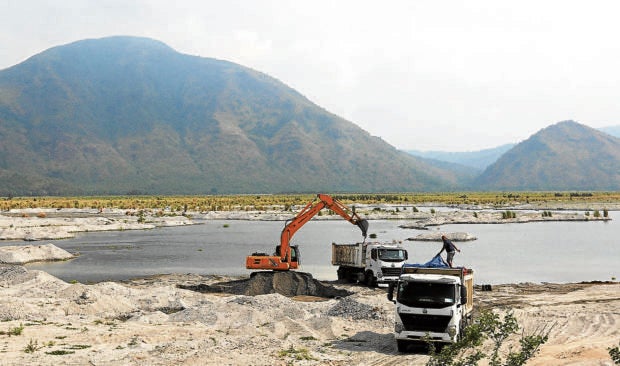 A RIVER RUNS THROUGH IT Shuttling between their resettlement in Botolan and Baytan, their ancestral domain on the Zambales side of Mt. Pinatubo, is tough for Aeta families as they had to cross Bucao River, which swells during heavy rain. —MARIANNE BERMUDEZ

Farms in Baytan planted with palay, sweet potatoes, bananas, ginger, taro and vegetables are “beautiful to see,” said Chito Balintay, former provincial IPMR in Zambales. These are rain-fed though several ponds, with one spanning 50 hectares, provide irrigation on dry months, he said.

The annual average income of the Baytan Aeta people is not known. For Cabalic, it is enough that his family does not run out of rice and food, and can save for seeds and tools.

Baytan has not been kind to agriculture after the 1991 eruption.

Yamot’s land is untillable because when water eroded Villar, it turned the subvillage into a steep hill. At least 90 of the 200 tribesmen from Lakas resumed farming in Sitio Ugek, Burgos.

Because sediments have accumulated below, the Aeta people built their homes and farms in what are now the middle and upper flanks of the volcano.

Resuming farming was difficult. Cabalic only had a bolo to start with and at times used bare hands to clear thick ash deposits.

Novo said the Aeta families of Poonbato revisited their old village in 1997 but they abandoned the idea of returning because conditions were not close to what they used to be. “We had an abundant life back in Pinatubo. We had rice, crops, plants, wild pigs, fish, forests and herbs for medicines,” she recalled.

Columban priests run a school and medical clinic. At night, children read or studied using a power generator set given by a politician.

The decision of some Aeta people to shuttle between their resettlement site and Baytan is described by Jugatan as “parang lagare” (moving from one point to another, like the movement of a saw).

But rebuilding lives is possible through “sariling sikap” (relying on oneself), Novo said. 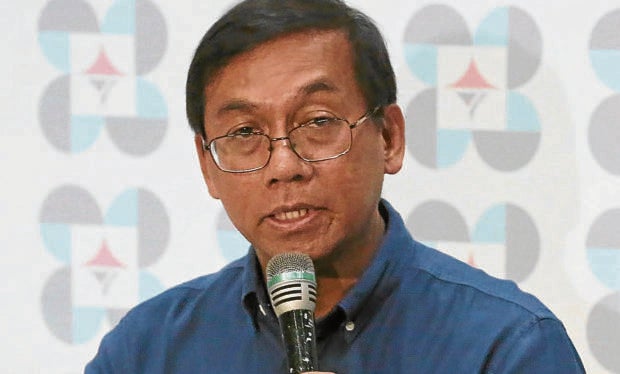 Because more children are growing up in posteruption Baytan, the Department of Education built schools in its villages in 2019, except in Malomboy. Senior high school is offered only in Poonbato and Maguisguis.

This is a generation of Aeta families who have lived in settlements and tent cities, and who do not know how it was like growing inside their ancestral land, their elders said.

Asked if it is now safe for the indigenous people to return around Mt. Pinatubo, Solidum said: “Determining if an area needs to be settled is dependent on the potential hazards that can affect the area.”

“Aside from volcano-related hazards, landslides and erosion during heavy rains are a big constraint, and also landslides during earthquakes,” he added.

While lahar canyons eroded by water and winds dot Baytan, nothing else prevents the Aeta from rebuilding houses or resuming agricultural activities.

Phivolcs has not declared a permanent danger zone on the volcano. The rising number of earthquakes and other chemical parameters prompted the agency in January to raise Alert Level 1 on Pinatubo but issued no warnings of an imminent eruption.

In the case of the 1991 eruption, it happened after almost 600 years of slumber.

The environs of Pinatubo are showing signs of self-renewal but these have not been widely reforested, data from the Department of Environment and Natural Resources (DENR) show.