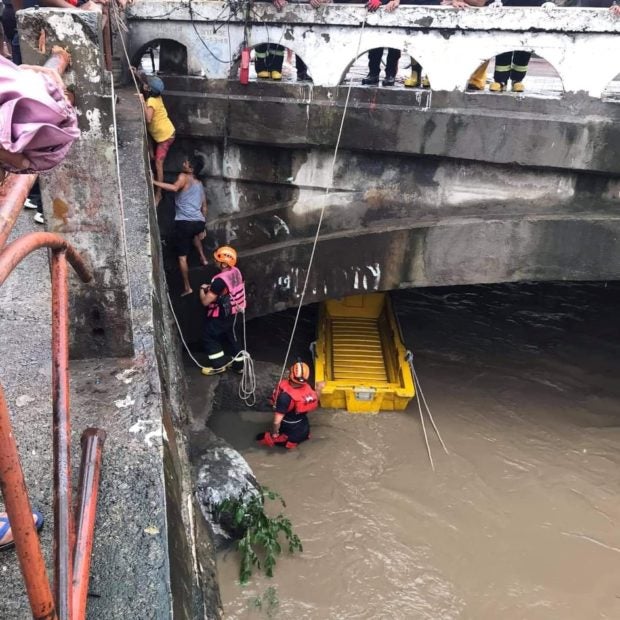 Three persons, including a three-year-old boy, are rescued from under the Forbes Bridge in Barangay Pasil due to floods caused by a heavy downpour on Saturday, June 12. (Photo courtesy of the Cebu City Disaster Risk Reduction Management Office)

He said the three persons identified as Rosalyn Jagbin, 20; her three-year-old son Sanjo; and 42-year-old Rexan Canonio were trapped by rising floodwater beneath the bridge.

With the help of the Bureau of Fire protection, they were able to rescue the three individuals under the bridge.

Ayuman said the city’s creeks and rivers overflowed during the heavy downpour.

Photos and videos of the flood circulated on social media.

The flooding started to subside when the rain stopped at around 9 a.m.

Ayuman said they have yet to assess the damage caused by the rain. 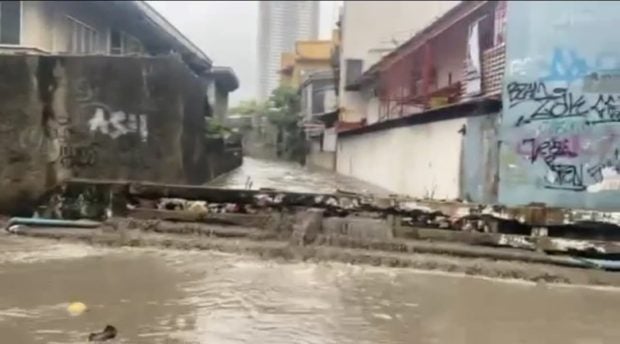 The Philippine Atmospheric, Geophysical and Astronomical Services Administration (Pagasa) appealed to those living near rivers and mountains to be careful and to evacuate when the need arises.

In its advisory, the state weather bureau said light to moderate rains and thunderstorms are caused by the monsoon trough.

“People living near the mountain slopes and in low-lying areas of the river systems and the Local Disaster Risk Reduction and Management Council’s concerned are advised to take precautionary measures,” the Pagasa said.