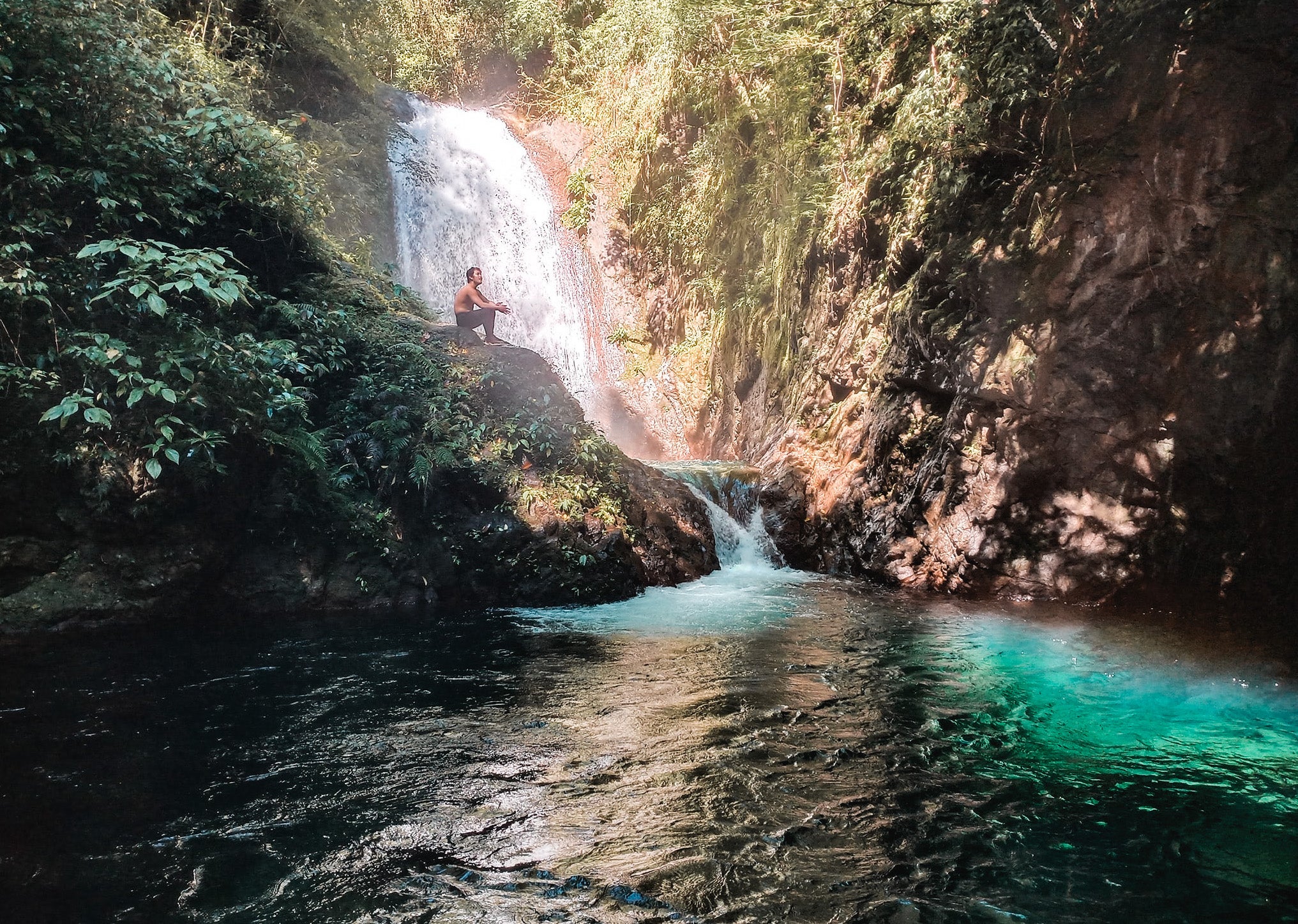 NOT SO HIDDEN This almost-hidden but enchanting 7.5-meter-high Anuplig Waterfall is one of the top destinations in Adams town in Ilocos Norte. The site offers a refreshing reward for tourists who need to trek some 2.8 kilometers from the town center. —CONTRIBUTED PHOTO

LAOAG CITY — The cultural town of Adams in Ilocos Norte province will only allow 150 tourists daily to visit its famed natural attractions due to the rising cases of coronavirus disease in the locality, officials said on Friday.

The town, which is perched atop mountains, is located approximately 108.3 kilometers north of the capital city of Laoag. It is home to one of the indigenous peoples’ communities in northern Luzon, the Yapayao-Isneg tribe.With only 1,792 residents, Adams was the last town in Ilocos Norte to record a case of COVID-19 after a returning resident from Quezon City tested positive of the disease on April 24.

On June 6, the town temporarily stopped accepting tourists after a provincial health task force conducted an aggressive contact tracing to determine the possible carriers of virus in every household, according to Anavic Medrano, Adams tourism officer.

As of June 10, the town recorded a total of 10 COVID-19 cases and eight of these remained active, the provincial government said.

Adams is one of the popular tourist destinations in Ilocos Norte, boasting at least 11 waterfalls, a crystal-clear river overlooking scenic mountain ranges, and a favorite spot for adventure trekking. It is also known for its “exotic food gastronomy.”

Despite the pandemic, at least 26,148 tourist arrived in the town from January to May this year. It increased by 489 percent since only 4,438 tourists visited the town during the same period in 2019 .

Ilocos Norte, which is under the least stringent modified general community quarantine, opened its borders to tourists coming from the National Capital Region and its neighboring provinces last week.

On Boracay Island, business operators wanted the opposite.

A group of business owners on Boracay Island has sought for an exemption of the island from a liquor ban and restrictions on movement within the island amid heightened implementation of health protocols in Aklan province to help slow down the spread of COVID-19.

The Philippine Chamber of Commerce and Industry-Boracay also asked Aklan Gov. Florencio Miraflores and Mayor Frolibar Bautista of Malay town to implement a three-hour curfew from 1 a.m. to 4 a.m., instead of the eight-hour curfew from 9 a.m. to 5 a.m. being implemented in the province.

The group recommended that hotels, bars and restaurants accredited by the Department of Tourism and compliant with health protocols should be exempted from the ban.

Businesses on Boracay, still reeling from the pandemic-induced slump, picked up since June 1 when leisure travelers from Metro Manila were allowed back to the island.

Over 2,000 tourists visited the island on the first week it reopened, undeterred by stringent requirements, such as a negative result for the reverse transcription polymerase chain reaction test taken at most 74 hours prior to arrival on the island. —JOHN MICHAEL MUGAS AND NESTOR BURGOS JR. INQ