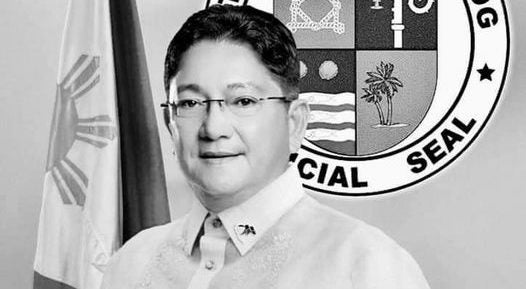 Eleazar said the police officers are under the custody of the Integrity Monitoring and Enforcement Group (IMEG) and Police Regional Office of Eastern Visayas.

“Nagbigay ako ng direktiba sa kanila na ilagay na under restrictive custody ‘yong mga pulis na na-implicate doon while we will be cooperating with the investigation that will be conducted by the National Prosecution Office,” Eleazar said in an interview on ABS-CBN’s Teleradyo.

(I already gave a directive to place the police officers implicated in the incident under restrictive custody while we will be cooperating with the investigation that will be conducted by the National Prosecution Office.)

This development came after the National Bureau of Investigation (NBI) filed before the Department of Justice (DOJ) murder and frustrated murder complaints against the seven police officers linked to Aquino’s death.

(Now that the NBI has filed cases, that is a welcome development. It is good that the NBI conducted its own investigation and filed a case because they are not a part of the PNP.)

Initial reports claimed that Aquino was on the way to the birthday celebration of his son Mark at their family-owned resort after playing tennis on March 8, when his sports utility vehicle (SUV) was tailed by a van, that later turned out to be carrying agents of the IMEG and the Police Drug Enforcement Unit (PDEU)

Aquino’s death was initially reported to a result of an ambush but a succeeding police narrative showed he was killed following a gunfight with operatives belonging to the IMEG and the Samar PDEU who were onboard unmarked vehicles.

Aside from Aquino, also killed were his police escort and driver, a civilian caught in the crossfire, and two other police officers from the camp that clashed with the mayor’s group.

In a statement last March, the PNP claimed that Aquino’s group “was alleged to have initiated the shootout” when his camp fired at the vehicles carrying the policemen.