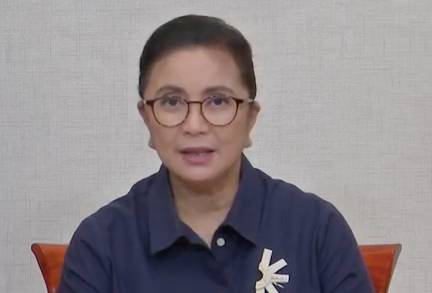 MANILA, Philippines — With Vice President Leni Robredo expected to be on the final list of potential presidential candidates for the opposition slate, her supporters will launch on June 12, Independence Day, a unified coalition to support her goals for the 2022 presidential election.

Team Leni Robredo, a loose organization of private citizens who align themselves with the Vice President, said it would formally launch the group through the “United for 2022” online concert where they would present their goals and advocacies.

The team originally started as a community of volunteers assisting the Office of the Vice President (OVP) in carrying out a number of its projects across the country, especially during the ongoing COVID-19 pandemic. Now, however, it is looking to embark on local and national campaigns to help promote the Vice President’s work.

“We… [share] a vision of a better Philippines: where a government with integrity leads us to a world where progress is tangible and no one is left behind,” the group said on its website. “Leni Robredo’s brand of leadership gives us hope and the inspiration to work toward the realization of that dream.”

Thus far, the group members have helped staff the OVP’s projects and organize the youth as well as community leaders to support Robredo’s causes.

United for 2022, which currently has over 3,000 responses on its Facebook page, is to be headlined by OPM (original Pilipino music) artists like Bituin Escalante and bands such as MoonStar88 and 6CycleMind.

The event will also coincide with the opposition coalition 1Sambayan’s expected announcement of its potential standard-bearers for 2022.

Team Leni Robredo aims to “establish a unified movement that will champion ordinary Filipinos, give them hope and push for solidarity toward the healing of our country.”

The Vice President, whose steady work during the pandemic often stood in sharp contrast to the administration’s response, is seen as the strongest contender against whoever President Duterte will anoint as his successor in 2022.

At press time, her office had yet to comment on reports that she would be among those to be named in 1Sambayan’s announcement on Saturday.

Robredo herself has yet to definitively say that she would seek the presidency in 2022. She has admitted, among other things, that the heavily divided opposition still lacked the numbers and political strength to take on the administration’s electoral machinery.

She has maintained, however, that the opposition should field only one presidential candidate if it is to emerge victorious in 2022.

A laggard in the initial vice presidential surveys back in 2016, Robredo eventually clinched the second highest post with over 14 million votes, winning by a slim margin over the then poll favorite, the dictator’s son and namesake Ferdinand Marcos Jr.

Robredo quickly became a target of misogynist insults and tirades from not only the President but also some of his officials who resented her criticism of certain flaws in governance.

Duterte has also openly expressed his preference for Marcos Jr. as vice president as well as his belief that Robredo, being a woman, would not be fit for the presidency.

A preelection survey by Pulse Asia last March showed Robredo ranking fourth among the possible presidential candidates next year, with a national voter preference of 7 percent.