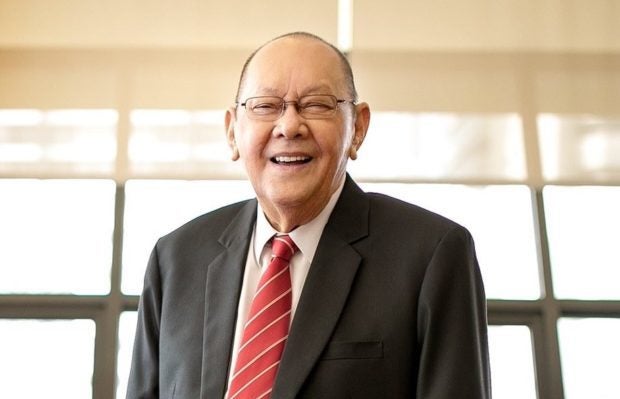 The declaration of the special day, which is Cojuangco’s birth anniversary, was contained in an ordinance passed by the Provincial Board last month.

Provincial Ordinance No. 004-2021, which was authored by Vice Gov. Carlito “Casada” David, recognizes the contributions of Cojuangco to the province and the country.

Cojuangco prioritized education in the province and established the Eduardo Cojuangco Foundation (ECF) where he served as the chairman.

He also launched the Project Flagships to Reach Educational Excellence or Project FREE to support and provide scholarships to public school teachers taking up postgraduate degrees under a program designed by the University of St. La Salle Bacolod.

Cojuangco was awarded Honoris Causa (Honorary Degree) in Tarlac State University in 2011 for his Project FREE.

Cojuangco was born on June 10, 1935, in Paniqui town, where he started his political career at the age of 22 as a town councilor and then as vice mayor in 1950.

Cojuangco also led the construction of various infrastructure projects, including churches, in Tarlac.

He was the chairman of San Miguel Beer Corporation and founder of the political party Nationalist People’s Coalition in 1992.

He died June 16 last year at the age of 85 due to heart failure and pneumonia.