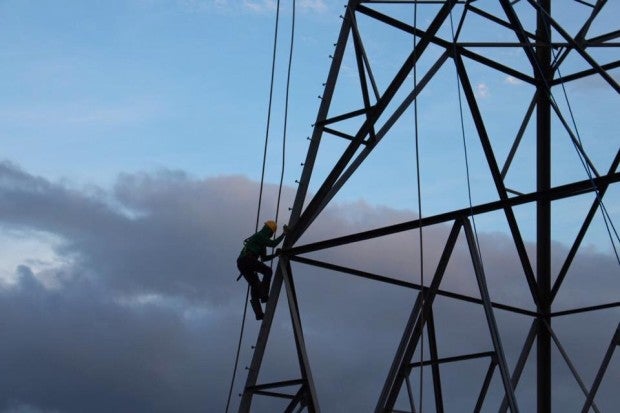 MANILA, Philippines — Asking why they are being blamed over a “problem that does not lie with us,” the National Grid Corporation of the Philippines (NGCP) claimed Thursday they are constantly being “bullied” and “used as the scapegoat” for the recent power outages in the Luzon region.

NGCP president Anthony Almeda made the remark during the Senate committee on energy’s inquiry into the rotational brownouts experienced in the Luzon region earlier this month.

During the hearing, Energy Secretary Alfonso Cusi called on the Senate to revisit the franchise granted to NGCP, citing the agency’s “compliance issues.”

“NGCP has constantly been bullied not just over the past couple of days, but in the past years being used as the scapegoat–the easy target to blame for the issue,” Almeda said.

Almeda explained that the NGCP already issued warnings on the possibility of yellow and red alerts because of the shortage in supply early this year and informed the DOE and other concerned authorities of the situation.

“We coordinated with all the major power players to try to avert the situation. We did what we could without overstepping our mandate,” Almeda said.

“But does it seem like the red alerts that happened are our fault? Why are we being blamed for a problem that does not lie with us? As power transmission grid operator, NGCP is the only highway through which electricity passes… We do not have anything to do with generation,” he added.

Further, Almeda said: “The EPIRA (Electric Power Industry Reform Act) law prohibits us from putting up plants or celling power as does our concession and franchise. Why is the problem with supply suddenly NGCP’s responsibility? This will be like blaming the expressway when there is shortage of consumer goods in the market. We can only deliver what is being made or generated by suppliers and nothing more.”

To recall, Cusi had repeatedly criticized NGCP for being “consistently noncompliant” with the requirement to secure “firm” contracts for ancillary services, which commit the supplier to deliver, as opposed to “nonfirm” contracts wherein power companies have a leeway to not deliver.

“We were blamed for not contracting enough ancillary service as if it is the solution to the problem. To put it on record, NGCP has 100 percent contracted a healthy mix of firm and non-firm ancillary service contracts,” Almeda said.

Almeda explained that ancillary service are support services needed to stabilize and manage the grid during momentary power supply demand imbalances. It is only there to address fluctuations in the grid and is not meant to run as baseload power or augment the lack of supply, said the NGCP president.

“NGCP sources the power it needs to support its ancillary service from the same pool of energy suppliers serving the consumers. Ancillary service is not extra energy nor is it replacement power for power plants that go down,” Almeda said.

“If power supply is not enough to meet the needs of the consumers, how can there still be power for the ancillary service? The red alerts experienced last May 31 and June 1 were due to generation deficiencies since several power plants went on forced or unplanned outages…Ancillary service contracting will not solve this supply problem. New plants will,” he added.