US defense chief tells Pentagon to sharpen focus on China 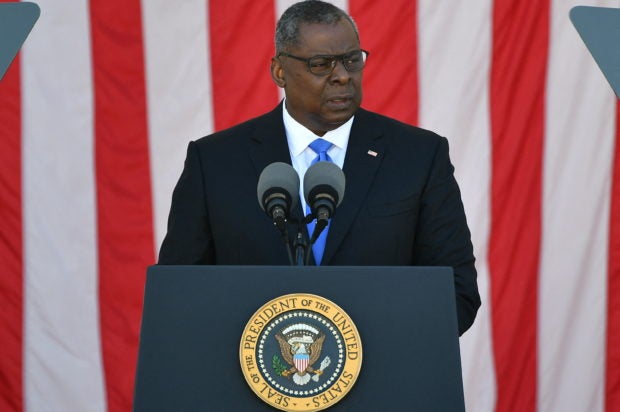 In this file photo taken on May 31, 2021 US Secretary of Defense Lloyd Austin delivers an address at the 153rd National Memorial Day Observance at Arlington National Cemetery on Memorial Day in Arlington, Virginia. AFP

WASHINGTON — US Defense Secretary Lloyd Austin directed the Pentagon on Wednesday to sharpen its focus on China, which the United States has tagged as its top strategic rival.

“Now, it is up to the Department to get to work,” Austin said after issuing an internal directive to the giant Pentagon bureaucracy.

The directive, details of which are classified, comes after an assessment by a task force established by the new Biden administration in February to study the Defense Department’s strategy towards China.

“The initiatives I am putting forward today are nested inside the larger US government approach to China and will help inform the development of the National Defense Strategy we are working on,” Austin said.

A senior defense official said the task force had identified a “‘say-do’ gap between the stated prioritization of China and what we saw in a number of areas related to attention and resources and processes.”

“The directive today is really about ensuring that the department lives up to that prioritization,” the official said.

Austin said the directive will “improve the Department’s ability to revitalize our network of allies and partners, bolster deterrence, and accelerate the development of new operational concepts, emerging capabilities, future force posture, and a modernized civilian and military workforce.”

Pentagon operations over the past two decades have been focused largely on dealing with jihadist militants in the Middle East and not a modern army such as that of China.

The Pentagon’s 2018 National Defense Strategy identified China as a major strategic competitor but the task force found that not much had been done to meet the challenges posed by Beijing.

The US military is currently seeking to expand its presence in the Pacific at a time when China has been increasingly belligerent towards Taiwan, which it considers part of its territory.

The United States maintains a significant presence in the Middle East, even as it has begun the withdrawal of its remaining 2,500 US troops in Afghanistan.

To ensure that his directive is followed, Austin will be personally responsible for the implementation of the classified recommendations of the task force.