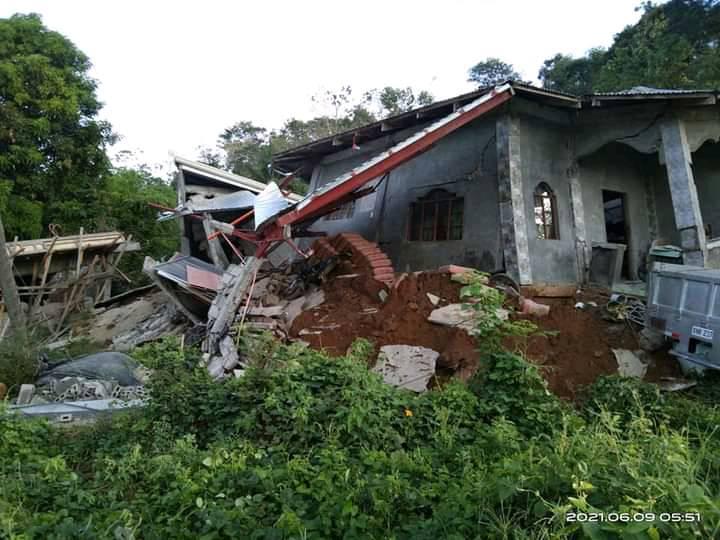 The affected residents of Sitio Barikir at Barangay Yeba Norte in this town had sought refuge in their relatives’ houses.

Viernes said a loud thud awakened the villagers at the foot of a mountain around 12:30 a.m.

“They were surprised to see the landslide, causing them to scamper for safety,” he told the Inquirer in a phone interview.

Authorities have yet to determine the cost of damage to the concrete houses and properties of the victims.

Capt. Krismar Angelo Casilana, chief of Benito Soliven police, said no one was injured in the landslide since the villagers evacuated immediately.

Local officials distributed relief goods to the affected villagers while a relocation site was being identified.

Mayor Roberto Lungan has cautioned the residents against returning to their houses for their safety.

Arcelie Viernes-Alejandro, a villager, said he was hoping that authorities would help them recover from the disaster.