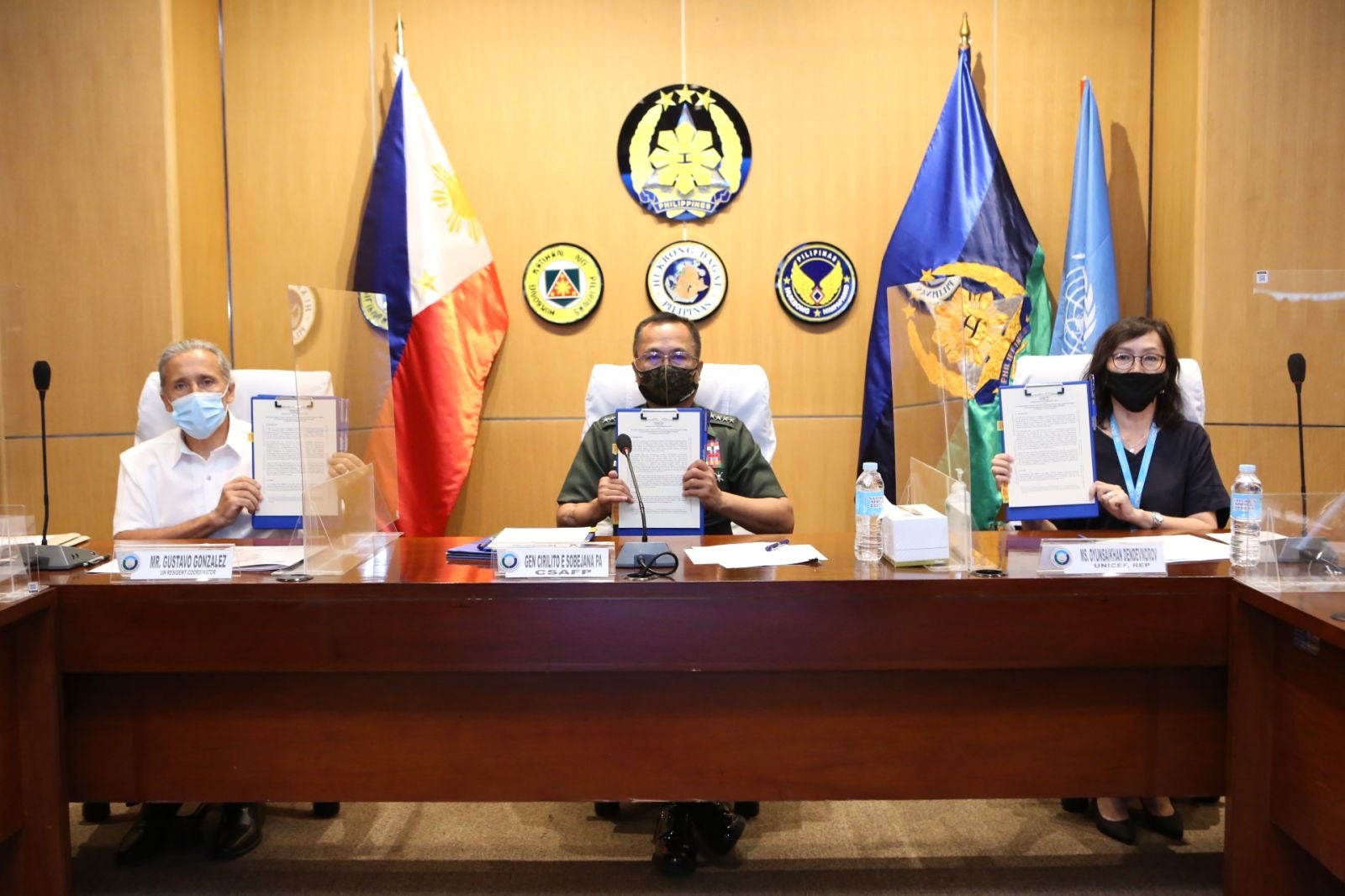 The Armed Forces of the Philippines and the United Nations signed a strategic plan that aims to protect children in armed conflict in a signing ceremony at Camp Aguinaldo on Wednesday, June 9. AFP PAO

MANILA, Philippines — The Armed Forces of the Philippines and the United Nations signed a strategic plan that aims to protect children in armed conflict.

The plan contained undertakings, commitments, benchmarks, and activities for the AFP to perform and fully comply with its obligations under international human rights law and international humanitarian law, the AFP said in a statement.

It will take effect upon the approval of Defense Secretary Delfin Lorenzana.

The Strategic Plan to Prevent and Respond to Grave Child Rights Violations in Situations of Armed Conflict was signed by AFP chief General Cirilito Sobejana, United Nations resident coordinator and co-chair of UN Country Task Force on Monitoring and Reporting Gustavo Gonzales, and UNICEF representative to the Philippines Oyunsaikhan Dendevnorov, in a ceremony at Camp Aguinaldo on Wednesday.

“As the AFP’s broad commitments are clearly outlined in this Strategic Plan, we shall ensure that professionalism, discipline and respect is nurtured and sustained in the conduct of our daily operations,” Sobejana was quoted as saying.

He guaranteed that soldiers are properly educated and trained, to raise awareness, and to promote a deeper sense of respect on the protection of human rights in particular, to children’s rights, and adherence to international humanitarian law.

The AFP commits to enhance accountability for grave violations against children and oversight of state mechanisms for prevention and response.

The AFP and Philippine CTFMR will conduct regular consultations to ensure the plan’s implementation.

The activities and commitments laid out in the strategic plan will be implemented for a period of 24 months from their commencement and can be extended based on a joint review by the AFP and the CTFMR, the AFP said.