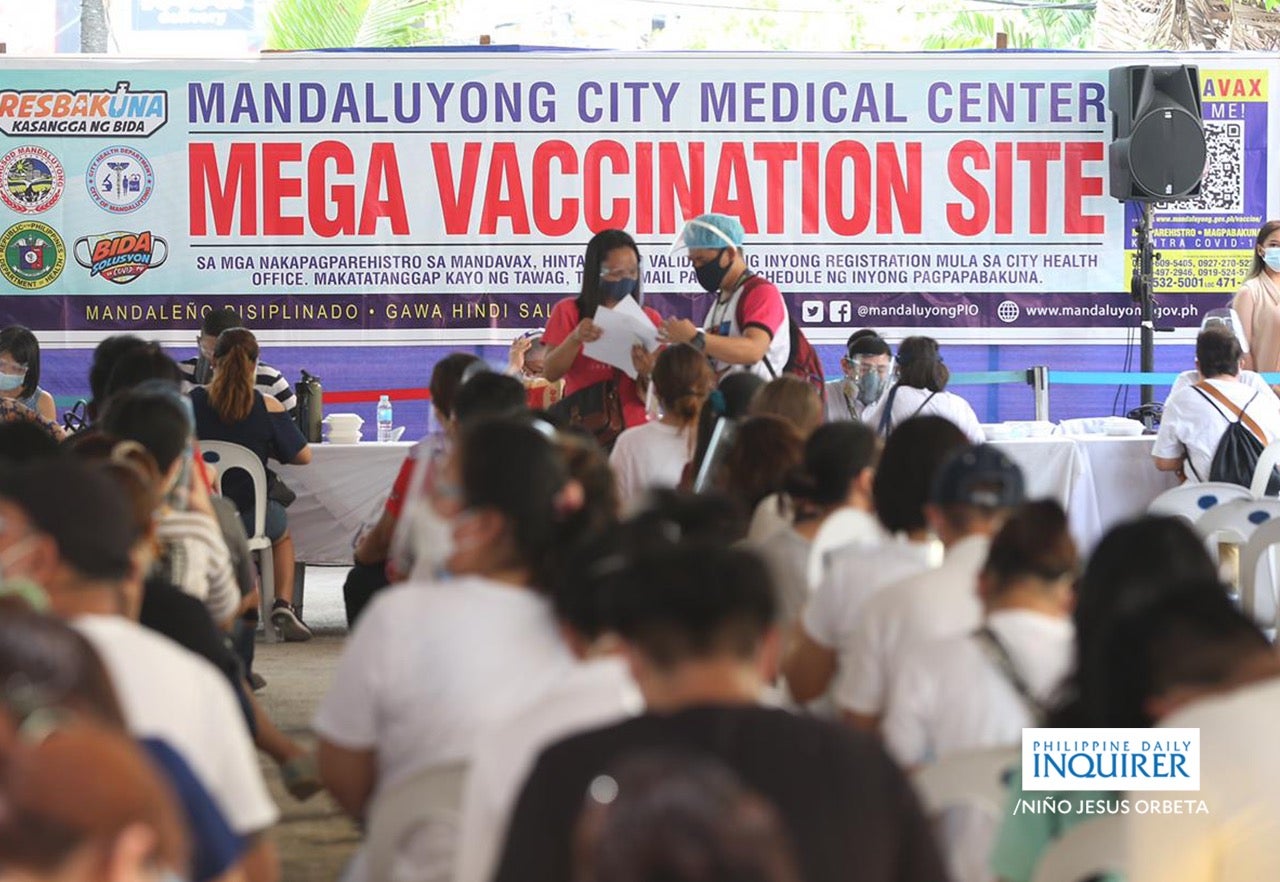 MANILA, Philippines — The whistleblower in the vaccination slots for sale scam said Thursday she is eyeing to file charges against the Philippine National Police (PNP) after she was tagged as a suspect without being questioned or contacted by the police.

“This is actually an option we are considering right now,” Nina Dizon-Cabrera said when asked over ANC’s Headstart if she would file charges against the PNP once the allegations against her are proven false.

Cabrera was among those charged in connection with the scheme involving the alleged sale of vaccination slots in Mandaluyong City.

She claims, however, that she has not yet received a letter from the Mandaluyong City Prosecutor’s Office informing her of the allegations.

“But definitely we’ll be fighting these alleged charges because they are false,” said Cabrera.

According to Cabrera, the PNP had filed charges against her and revealed her identity without even contacting her. She said she just learned she is under investigation after reading a news article tagging her as the third suspect in the scam.

“I didn’t even receive the end of the complainant’s case, which is why we’re still waiting for it,” said Cabrera.

“Nobody ever reached out to me, which is why I was really surprised when I saw the article yesterday, nobody asked me questions, or asked me anything about it,” she added.

Cabrera explained that the last time she was in contact with authorities was when the local government unit (LGU) of San Juan City got in touch with her after seeing her posts about the scheme on Twitter on May 21.

“And that was it. They even thanked me for the information that I gave them,” she said.

The PNP, however, gave “no signs of communication, at all” before and after filing charges against her.

Cabrera, on the other hand, admitted that she was inquiring to purchase vaccines, not to sell them, but for her company’s employees.

“I was really looking to buy vaccines for my employees, so I saw an Instagram story post where it said, ‘vaccines for sale’ so I proceeded to reply to the story, that’s where the conversation began,” she said.

But when Cabrera found out that the vaccine was being obtained illegally, she immediately posted the scheme on social media to expose it.

Cabrera also claimed that she does not know anyone from the Mandaluyong City government.

Cabrera is an internet personality in addition to being the founder and CEO of her own cosmetics firm, Colourette Cosmetics. She has 1.6 million TikTok followers, 123.2 thousand Twitter followers, and 129 thousand Instagram followers.

On Wednesday, PNP chief Gen. Guillermo Eleazar himself identified Cabrera as the third suspect behind the alleged sale of COVID-19 vaccination slots.

According to the PNP, the Anti-Cybercrime Group listed Dizon-Cabrera as a suspect after investigations showed she offered 50 to 100 vaccination slots in Mandaluyong City.

Cabrera, along with two other suspects, Cyle Cedric Soriano Bonifacio and Melvin Polo Gutierrez, were charged with estafa under Article 315 of the Revised Penal Code, and violation of Section 21-H of Republic Act 11032 or the Anti-Red Tape Law of 2007 and Section 6 of Republic Act 10175 or the Cybercrime Prevention Act of 2012