Roque: I will only run in 2022 if Sara Duterte will run for president | Inquirer News

Roque: I will only run in 2022 if Sara Duterte will run for president 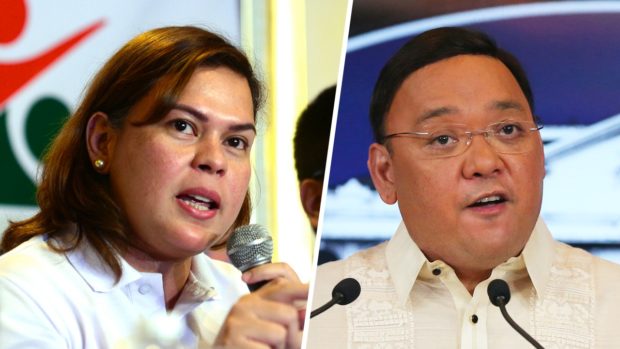 “Well, I would run with the administration, but I think I will only run if Mayor Inday Sara will run for the position of president,” Roque said in an interview with ABS-CBN News Channel when asked of his plans for the upcoming polls.

Roque rallied his support for Duterte-Carpio even as President Rodrigo Duterte himself insisted that his daughter should not run for the highest office in the country.

The Palace official further went as far as saying that he does not agree with the President that the presidency is no job for a woman.

“I don’t agree with that. And I think the President merely emphasized that given the hardships of being president, he does not want it, he doesn’t wish it on his family which is understandable coming from a good father. But I think Mayor Sara will eventually make up her mind and she will have to decide on her own regardless of what her father says,” Roque said.

“Being president doesn’t mean it’s an entitlement just because you’re a daughter. She knows she has to work for it, she knows if she wins, the challenges are very great and that’s why it will have to be her personal decision,” he further said.