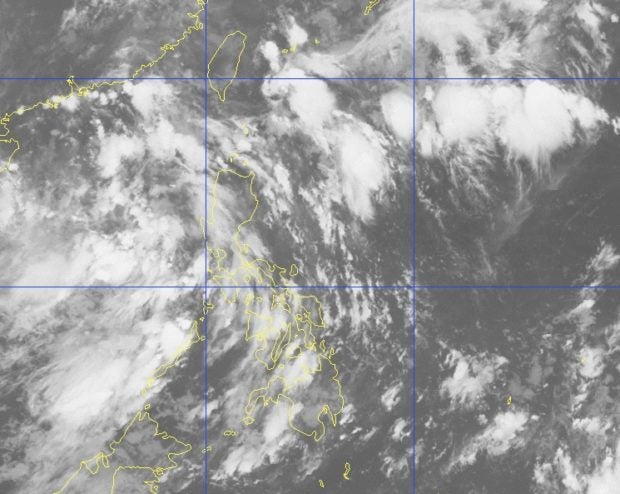 MANILA, Philippines — The country will experience cloudy skies with chances of rains due to isolated thunderstorms being experienced nationwide, as a potential low pressure area is expected to be formed in the West Philippine Sea, the state weather service reported.

Philippine Atmospheric, Geophysical and Astronomical Services Administration (Pagasa), in its Wednesday morning bulletin, said the cloudy weather is due to habagat or the Southwest monsoon prevailing in Luzon and Western Visayas, while the intertropical convergence zone (ITCZ) prevails in the rest of Visayas and entire Mindanao.

(The weather systems, the Southwest monsoon, here in most parts of Luzon and Western Visayas, and ITCZ to the rest of Visayas and Mindanao, continue to be in effect.)

(Possible somewhere here in the West Philippine Sea, a low pressure area might be formed and we are continuously monitoring it.)