IATF, Cebu yet to agree on COVID-19 testing, quarantine rules 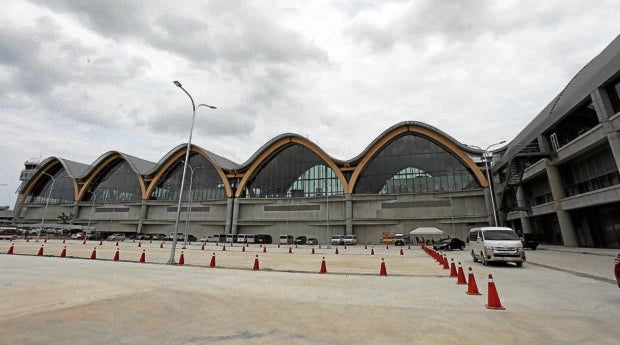 Malacañang has extended to June 12 the diversion of international flights bound for the Mactan-Cebu International Airport (MCIA) to Metro Manila while the government resolves the issue over the Cebu provincial government’s imposition of quarantine protocols that run counter to those imposed by the pandemic task force.

Presidential spokesperson Harry Roque Jr. said the Palace was expecting Cebu to comply with the quarantine protocols set by the Inter-Agency Task Force for the Management of Emerging Infectious Diseases (IATF) on June 13.

The memorandum of Executive Secretary Salvador Medialdea to extend the diversion of flights from Cebu to the Ninoy Aquino International Airport (Naia) was issued on June 5, which was when the initial order to reroute the flights was supposed to end.

The extension, according to the memorandum, was meant to “ensure that upon resumption of international flights to (MCIA), the travel and testing protocols approved by the (IATF) will be fully and seamlessly implemented.”

The IATF requires passengers arriving from abroad to complete a 10-day facility quarantine regardless of the results of their reverse transcription polymerase chain reaction (RT-PCR) test, which they have to take on the seventh day.

But the Cebu provincial government imposed a swab-upon-arrival policy for international arrivals and allowed those who tested negative in their RT-PCR tests to proceed to their destinations, where they will be subject to the protocols of the local government.

After Cebu laid down its own policy, Medialdea on May 29 ordered the rerouting of all Cebu-bound international flights to Naia.

Gov. Gwendolyn Garcia, who earlier said the local protocol was meant to ease the burden of returning Cebuanos, said she was studying her options following the flight diversion extension.

“We will study our position as elected and accountable officials of the province of Cebu. We all must adhere to the rule of law,” said Garcia in a text message sent to reporters on Tuesday afternoon.

A day before Malacañang announced the extension, Garcia told a news conference on Monday that the MCIA in Lapu-Lapu City would continue to implement the provincial government’s order to test all incoming passengers from abroad.