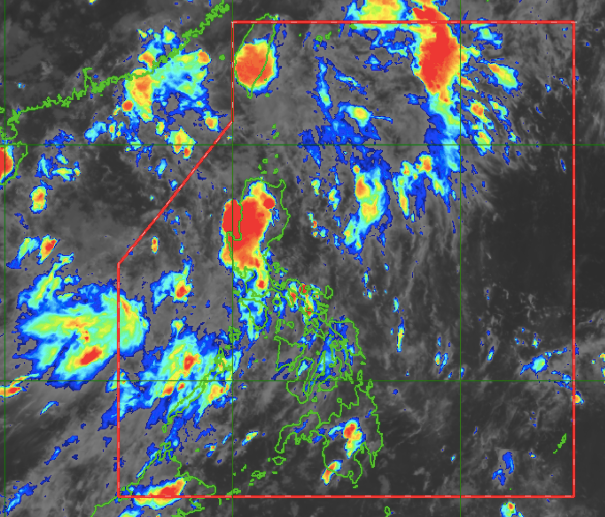 MANILA, Philippines — Provinces on the western side of the country, especially those in Luzon and Visayas, can expect cloudy skies and rains as the southwest monsoon or habagat prevails.

Those on the eastern side of Visayas and Mindanao can also expect isolated rains, but this time due to the intertropical convergence zone (ITCZ).

For Wednesday, Pagasa said that the western parts of Central and Southern Luzon would bear the brunt of the habagat, which will push temperatures in Metro Manila, Puerto Princesa, and Legazpi down to 26 to 32 degrees Celsius, and Tagaytay with 23 to 30 degrees.

In Laoag, temperatures would hover around 25 to 32 degrees Celsius, but lesser rains are expected for Wednesday.  Tuguegarao would remain hot, at 26 to 37 degrees.

The central and eastern parts of Visayas and Mindanao remain affected by the ITCZ on Wednesday, which means temperatures over Tacloban would also be low at 26 to 31 degrees Celsius, Cebu and Davao with 25 to 32 degrees, while Iloilo and Zamboanga would be warm with 26 to 33 degrees and 24 to 34 degrees, respectively.

No gale warning has been raised as of now but sea condition from Luzon’s western and northern waters, and for the whole eastern seaboard would be moderate.  The rest of the country’s seas would be slight to moderate.