Mother arrested for pretending to be her teenaged daughter in school 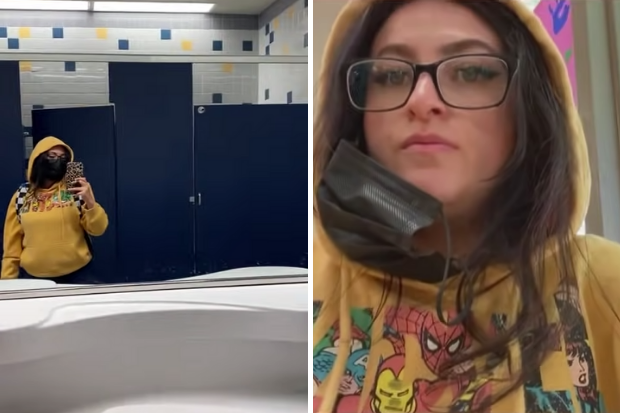 A 30-year-old woman from El Paso, Texas was arrested for conducting a “social experiment” where she posed as her 13-year-old daughter at school.

Casey Garcia was arrested by local deputies on June 5, on suspicion of criminal trespassing and tampering with government records, as per CBS 12 on the same day.

Prior to her arrest, she showed footage of herself pretending to be her daughter Julie, attending classes and eating at the school’s cafeteria for her experiment, as seen on her YouTube vlog last Thursday, June 3. She also dressed up as a teenager and talked to some of her daughter’s classmates.

Garcia managed to get through most of the day without anybody finding out about her bizarre stunt, including the principal who greeted her in the school’s hallway.

She was caught during her daughter’s seventh class where she admitted to a female teacher that she came into the school as a “social experiment.”

Garcia explained that she conducted the “social experiment” as a way to push for better security in schools, as seen in a follow-up vlog on June 4. She added that when she entered the school, she was only asked for her ID number by the staff and was immediately allowed to enter the premises.

“The school was so concerned that my phone was out but they weren’t even paying attention to who I was or what I was doing,” she said. Garcia also noted that teachers in the classes she attended barely had time to help the students who were in classrooms.

She also stressed that she had no intentions of “outing” her daughter’s school since her concern was a problem in “all schools.”

“It’s just this school let me in. I bet you anything, someone else can do this. This is why I did this, whether you agree with me or not.” she added.

Garcia also showed a video of police coming to her house on June 5. She appeared calm while talking to the authorities and told them several times that she was not resisting arrest.

“The superintendent’s pissed. I said I wasn’t going to go back on school grounds,” she told police. The video ended with a note from Garcia’s daughter, telling viewers that her mother was fine after the arrest.

Garcia was also charged for an unrelated traffic warrant. She was held at a local detention facility on a bond of $7,908 (over P377,000). JB

Drug suspect caught after hiding in police station by mistake