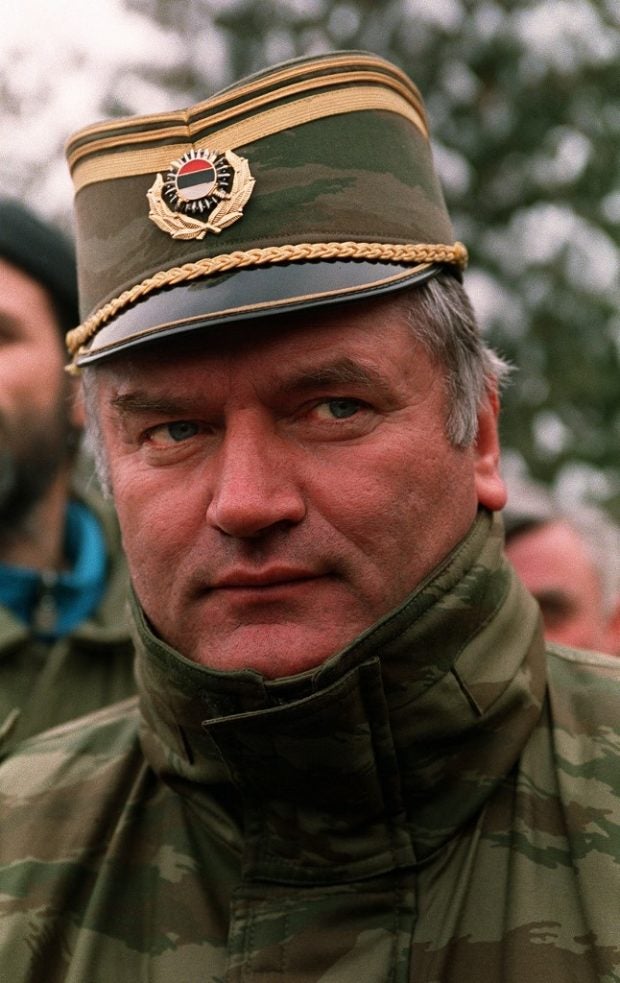 (FILES) This file photo taken in Sarajevo on 15 February 1994 shows Bosnian Serb General Ratko Mladic, who was sentenced to life in prison in 2017 for overseeing the massacre of some 8,000 Muslim men and boys, and for war crimes and crimes against humanity in general during the 1992-95 Bosnian war. (Photo by Pascal GUYOT / AFP)

The Hague tribunal will be delivering its final verdict on the so-called “Butcher of Bosnia,” who was sentenced to life imprisonment in 2017 for genocide, war crimes and crimes against humanity during the 1992-5 Bosnia war.

Mladic, now frail and in his late seventies but still prone to courtroom outbursts against NATO and the West, is expected to be in the dock to hear the judgment read out from 1300 GMT.

Mothers of some of the 8,000 mostly Muslim men and boys killed when Bosnian Serb troops overran Srebrenica will meanwhile be outside the court in the Netherlands where they have long campaigned for justice.

“We will go to The Hague to look the executioner in the eye once again as he is finally sentenced,” Munira Subasic, president of one of the “Mothers of Srebrenica” associations, told AFP.

Tribunal prosecutor Serge Brammertz said he was “cautiously optimistic” about the verdict, with the Belgian jurist telling reporters last week he “can’t imagine another outcome than confirmation” of at least the original verdict.

Mladic, who spent a decade on the run before his capture in 2011, was the military face of a brutal trio led on the political side by ex-Yugoslav president Slobodan Milosevic and former Bosnian Serb leader Radovan Karadzic.

Mladic was found guilty of genocide for personally overseeing the massacre at the supposedly UN-protected enclave of Srebrenica as part of a campaign to drive out Muslims. 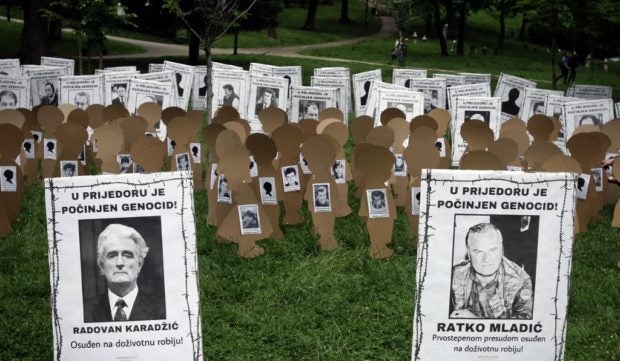 A picture taken on May 31, 2021 in the area of Northern-Bosnian town of Prijedor shows an installation commemorating victims of 1992 ethnic cleansing conducted by Bosnian Serb armed forces. (Photo by ELVIS BARUKCIC / AFP)

Footage from the time showed him handing out sweets to children before they and the women of Srebrenica were taken away by bus, while the men of the town were marched into a forest and executed.

He was also found guilty of orchestrating a wider campaign of “ethnic cleansing” to drive Muslims and Bosnians out of key areas to create a Greater Serbia as Yugoslavia tore itself apart after the fall of communism.

But Mladic, who gives his age as 78 but it is 79 according to the court, insisted during an appeal hearing last year that “fate put me in a position to defend my country.”

During a long tirade, Mladic also said he was a “target of the NATO alliance” and derided the court as a “child of western powers”.

The appeal hearing was delayed repeatedly after Mladic needed surgery to remove a polyp, and then because of the COVID-19 pandemic. Access to the court on Tuesday is also limited because of coronavirus measures.

‘Important for the victims’

Mladic is the last of the Serb trio to face justice, with Milosevic dying of a heart attack in his cell in The Hague in 2006 before his trial had finished, while Karadzic is serving a life sentence for genocide in Srebrenica.

Relatives of the victims hoped that the court would also overturn Mladic’s acquittal on wider genocide convictions, saying it was necessary for reconciliation between still-divided communities.

But for many Bosnian Serbs, Mladic and Karadzic remain heroes.

“Everyone is proud that he is from here,” said Radosav Zmukic, head of a local veterans’ group in Mladic’s hometown of Kalinovik.

Prosecutor Brammertz warned the Mladic judgment would not bring an end to the divisions in the Balkans, saying it was just “the end of one chapter”.

“Denial of genocide is the last phase of the genocide,” Brammertz said.