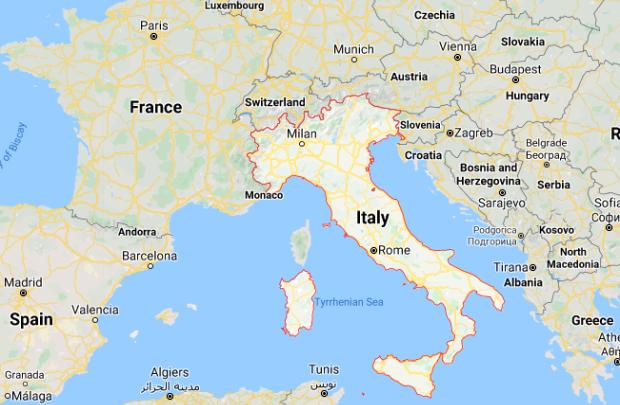 The group consisted of 12 people, aged between 26 and 62, and were present on Facebook and the Russian social network VK under the name “Ordine Ario Romano,” a Carabinieri police statement said.

Posting content “inspired by Nazi, anti-Semitic and Holocaust-denial ideologies, as well as by anti-Jewish conspiracy theories,” the group called for violence against Jews and foreigners, the statement added.

They were also in the early stages of planning an attack against an unnamed NATO site using homemade explosives, with the help of fellow far-righters from Portugal, police said.

They have been charged with criminal association aimed at spreading propaganda, and incitement with ethnic and racial discrimination motives, and were ordered to regularly report to police while the investigation against them continues.

According to reports, one of the people targeted by the police raid was Francesca Rizzi, a 39-year-old woman previously investigated for her far-right extremism.

According to La Repubblica and other Italian media, Rizzi, who has a Nazi eagle and a swastika tattooed on her back, won a “Miss Hitler” contest organized by the VK social network in 2019.

It was not immediately clear what the group’s name, which translates as “Ario Roman Order,” referred to.

In Italy, far-right extremism is a fringe phenomenon that has roots in the country’s Fascist dictatorship from 1922 to 1943 under Benito Mussolini.

In 2018, a neo-Nazi sympathizer fired on a dozen African migrants in the central town of Macerata, injuring six.

The attack, which took place during a tense general election campaign, was an apparent response to the killing of a young Italian woman blamed on a Nigerian drug dealer.