Monsoon rain to persist over western Luzon; rain in Visayas, Mindanao due to LPA 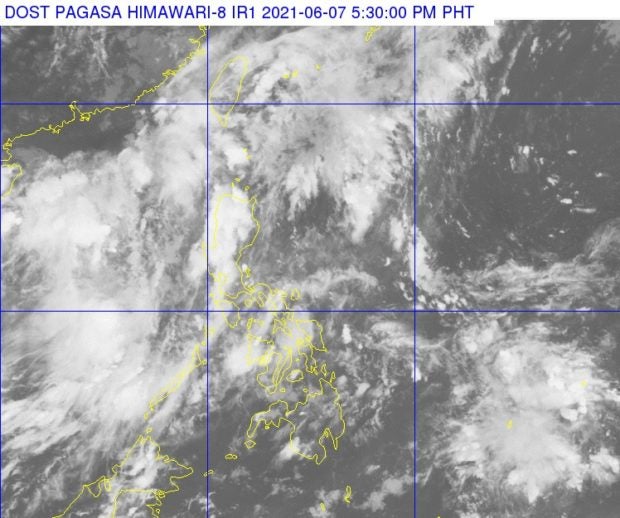 MANILA, Philippines — Overcast skies and isolated rains are expected to continue over the western portion of Luzon due to the southwest monsoon or habagat, state meteorologists said on Monday afternoon.

Weather updates from the Philippine Atmospheric, Geophysical and Astronomical Services Administration (Pagasa) also showed that eastern parts of Visayas and Mindanao may see rain, too, as a low-pressure area (LPA) was spotted along the intertropical convergence zone (ITCZ).

The LPA was last located 350 kilometers east southeast of Borongan City, Eastern Samar, according to Pagasa.

(That’s why people should expect for this night that in Ilocos Region, Cordillera Administrative Region, provinces of Zambales and Bataan, Mindoro provinces, Palawan, and Metro Manila, there would be cloudy skies, rains, and thunderstorms.)

(This LPA on the other hand would bring cloudy skies, rains, and some isolated thunderstorms here in Eastern Visayas and Surigao provinces by tonight.)

No gale warning has been raised as of now but condition over Luzon’s western and northern seas and all the way to the whole eastern seaboard will be moderate, the state weather service said. Waters on the westerly side of Visayas will also have moderate conditions while the islands’ inland waters and Mindanao’s southwest seas will be slight to moderate, it added.