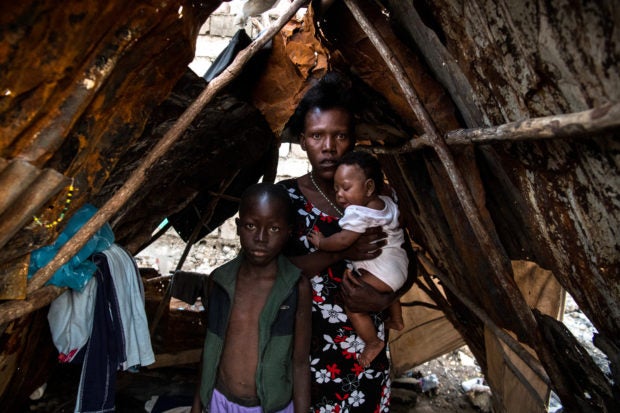 PORT-AU-PRINCE — Amid a violent clash between gangs, hundreds of Haitians have been forced to flee their homes in capital city Port-au-Prince and take shelter in a nearby church, the authorities said Sunday.

Videos posted on social media by residents of the poor neighborhood of Martissant in western Port-au-Prince show dozens of people fleeing on foot as the sounds of gunfire are heard in the background.

“The entire population of Martissant is unable to return home and so is forced to take refuge in public facilities,” said Marie Rosy Auguste Ducena of the National Network for the Defense of Human Rights, a non-governmental organization.

The troubled neighborhood, only lightly patrolled by police even though it is within a few hundred meters of the presidential palace, is now largely controlled by armed gangs who regularly battle for control.

With a major highway passing through it, the violence has complicated access to southern Haiti.

Bruno Marquis, the United Nations coordinator of humanitarian affairs in Haiti, expressed “profound concern” over the situation and called for heightened security and unimpeded humanitarian access to those displaced by the violence.

Officials have released no casualty toll but the UN statement spoke of “numerous deaths.”

The justice ministry said Sunday on Twitter it had issued “formal instructions” to the national police to dismantle the criminal gangs and end the threat to the residents of Martissant “and the rest of the country.”

Asked by the AFP to comment, the national police did not respond.