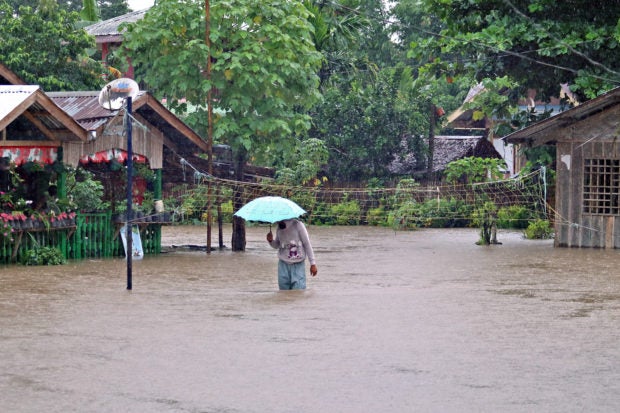 Floodwaters rise in the village of Los Angeles in Butuan City as Tropical Storm Dante (international name: Choi-wan) dumped heavy rains in Agusan del Norte and other parts of the Visayas and Mindanao. (ERWIN M. MASCARIÑAS)

Dante, which has since weakened into a tropical depression, exited the Philippine Area of Responsibility (PAR) on Saturday morning, the state weather bureau said. 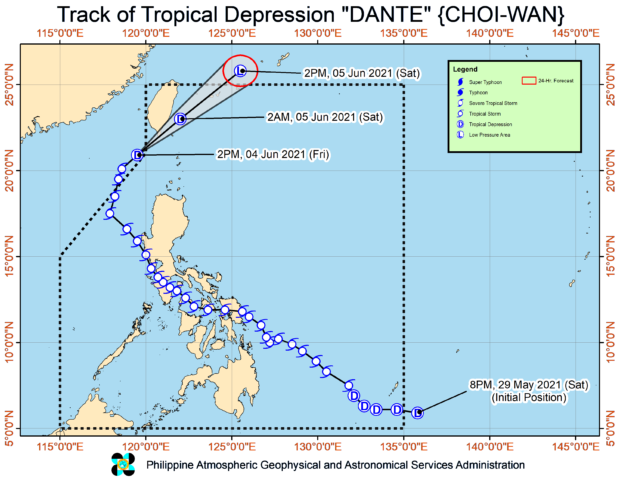 Meanwhile, a total of 93,683 persons or 22,389 families were reported to have been displaced by the weather disturbance.

A total of 732 families or 2,753 persons are currently in 50 evacuation centers, the NDRRMC said.

A total of 2,085 passengers, meanwhile, were stranded in ports in Calabarzon, Mimaropa, Bicol, Western Visayas, Eastern Visayas and Caraga regions, along with 691 rolling cargoes, 46 vessels and 4 MBCAs.

Damage to infrastructure, meanwhile, amounted to about P53.7 million in several regions.

NDRRMC said the Department of Social Welfare and Development, along with local government units, have so far provided P1.9 million worth of assistance to affected families in Central Luzon, Mimaropa, Western Visayas, Soccsksargen and Caraga regions.