Pentagon not to allow pride flags to be flown on installations 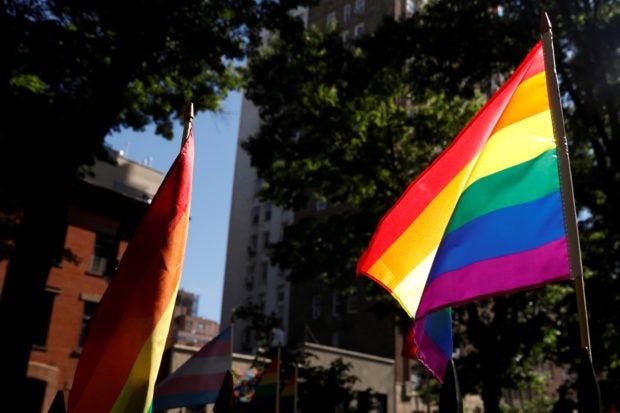 WASHINGTON — The Pentagon said on Friday that it would not make an exception to allow U.S. military installations to fly rainbow pride flags in June, keeping a policy set by former President Donald Trump that limited the type of flags that could be flown on bases.

Earlier this week, President Joe Biden said that nearly 1,500 of his federal agency appointees identify as lesbian, gay, bisexual, transgender and queer, in a proclamation marking the start of Pride Month celebrating the LGBTQ community.

In July 2020, Trump’s Pentagon issued a policy authorizing only certain flags on military installations and was seen as a way for then-Defense Secretary Mark Esper to issue a de facto ban on displaying the Confederate flag without specifically mentioning it.

“There won’t be an exception made this month for the pride flag,” Pentagon spokesman John Kirby said.

He said that the decision was made because it could open the door for other challenges to the rule set in place in July.

“This is no way reflects any lack of respect or admiration for people that (are from) the LGBTQ+ community, the personnel in and out of uniform who serve in this department,” Kelly added. “We are proud of them.”

A 2015 RAND study found that 5.8 percent of service members identified as either lesbian, gay or bisexual.

On his first day in office, Biden signed an executive order directing federal agencies to protect LGBTQ people under all federal laws that prohibit discrimination based on sex. Biden also reversed a ban on transgender people openly enlisting and serving in the military.

The Biden White House also reversed an order issued by Trump’s then-Secretary of State Mike Pompeo on flying the Pride flag and some U.S. embassies, including in India and Australia, are highlighting their support for LGBTQ people.