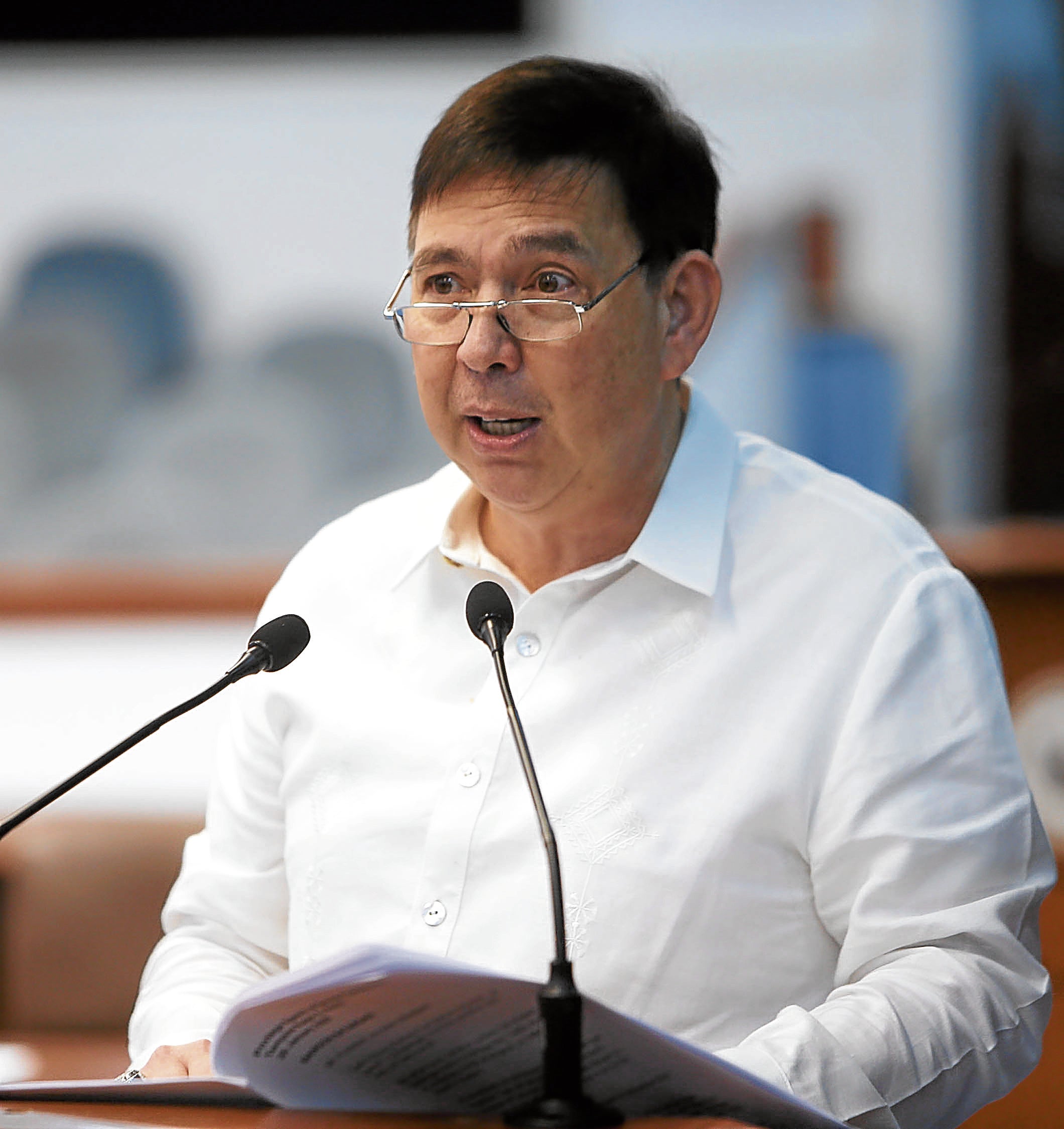 MANILA, Philippines — Senate President Pro Tempore Ralph Recto on Friday called on the Bureau of Internal Revenue (BIR) to revoke its “erroneous” and “absurd” order raising the corporate income tax on private schools, which he said could lead to bankruptcy.

Under BIR Revenue Regulation No. 5-2021 (RR 5-2021), income tax on so-called proprietary educational institutions that are run by stock corporations would be increased to 25 percent, a 150-percent increase from the current 10 percent.

But Recto stressed that BIR’s order was a “flawed interpretation of the Corporate Recovery and Tax Incentives for Enterprises (Create) Act.”

“Yung title pa lang ng batas, malinaw na kung ano ang intensyon nito: Corporate recovery and tax incentives. So how can the BIR invoke it to inflict a 150 percent increase on the income tax of private schools, which is directly opposite to what the law clearly intends?” Recto said in a statement.

“Create is meant to bail out distressed private schools. The BIR order further drowns them in a sea of red ink,” he added.

Recto said the BIR should unilaterally withdraw its regulation, which he said was based on “wrongful interpretation.”

“It is illogical, absurd, and goes against the spirit of the law,” he added.

Under Create, the income tax exemption and preferential tax rate for private schools were brought down to 1 percent.

However, Recto said senators unanimously agreed to cut down the tax rate to 1 percent in order to help private schools “evade bankruptcy during the pandemic.”

Recto said the BIR, in crafting the revenue regulation implementing Create, should have consulted Senate records of the debate and correspondences to “ascertain the legislative intent underlying that provision.”

Meanwhile, Senator Sonny Angara filed a bill seeking to amend a section of the National Internal Revenue Code (NIRC) in order to correct an “erroneous interpretation” of the tax imposed on proprietary educational institutions.

“The 25% was not imposed on schools in the past. Schools are among the hardest hit institutions during this pandemic. We can be more sensitive in our policies,” Angara said in an earlier statement.

Recto expressed support for Angara’s bill. The Senate leader, however, said “nothing prevents the BIR from rectifying its oversight.”

“The bill corrects the ambiguity caused by a missing comma. It is an editorial correction to probably satisfy some grammar police. But in applying taxes, let the intent be the primordial consideration. One missing comma should not cause misery to many,” Recto said.

He noted that the present language of Section 27(B) of the NIRC “creates an ambiguity that leads to conflicting interpretation.”

Part of the provision, Recto noted, states that “proprietary educational institutions and hospitals which are nonprofit shall pay a tax of ten percent (10%) on their taxable income except those covered by Subsection (D) hereof: Provided, That beginning July 1, 2020, until June 30, 2023, the tax rate herein imposed shall be one percent (1%).”

The BIR reads it to mean that proprietary educational institutions must be non-profit to qualify for the lower tax rates, according to Recto.

Private schools, he added, contend that the non-profit classification applies to hospitals only.

Angara’s bill rewords it as “hospitals which are nonprofit, and proprietary educational institutions shall pay…,” Recto further said.