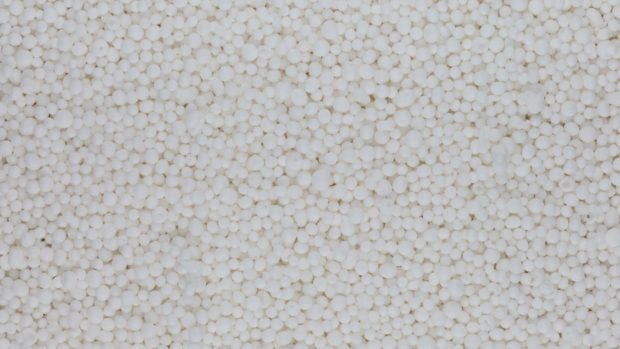 LEGAZPI CITY –– Over a hundred sacks of ammonium nitrate believed intended to produce explosives for blast fishing were intercepted by the Maritime police in Placer town of Masbate province.

The ammonium nitrate, a component in making explosives, was being loaded by two men on a motorized banca docked at the coastal village of Placer when police intercepted it Thursday afternoon.

The two men, however, eluded arrest, the report said.

Cantoria has identified the suspects as Onel Alburo, owner of the motorized banca, and Jesus Casinillo, both from the same town.

The Maritime police operatives were on seaborne patrol at around 5:45 p.m. when they sighted the suspects while loading the sacks of ammonium nitrate to their boat at the shoreline of Sitio Bitlig in Barangay Daraga.

The suspects, sensing the approaching police operatives, immediately fled from the area.

The maritime police immediately impounded the motorized banca and the 101 sacks of ammonium nitrate.

Cantoria, in a phone interview Friday, said the suspects could be engaged in selling the chemical to produce an improvised explosive device for illegal fishing practices.

Ammonium nitrate is a chemical material used for agriculture fertilizers or to make explosives. INQ