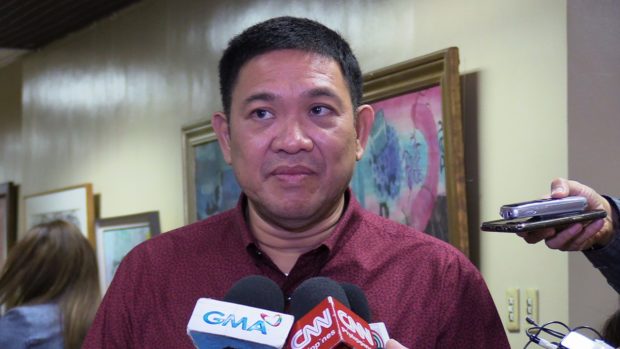 Police said Andaya narrowly escaped death at the hands of two men on a motorcycle who had shot at his vehicle while he was driving at Barangay Palestina, Pili, in his home province around 5:45 a.m.

He was driving alone because his security aide was pulled out a week before the ambush, leading him to believe that it was both planned well and politically motivated.

It was the second time the longtime politician, who was also budget secretary during the Arroyo administration, survived an ambush during an election season. In 2018, he escaped a bullet fired by one Ray John Musa while he was filing his candidacy at the local Commission on Elections office.

In a statement, CHR spokesperson Jacqueline de Guia said the commission had begun looking into the case through its regional office.

De Guia denounced the “vigilante-style violence” and called on local law enforcers to fully investigate the ambush to determine the gunmen’s motives and to prevent graver violations of the law.

She warned that if such attacks against high-profile people could happen in broad daylight, ordinary citizens would be all the more vulnerable.

“If it goes unpunished, tolerated impunity would contribute to the perceived insecurity among communities, and could easily lead to a breakdown of law and order,” De Guia said, adding: “Now that the national and local elections are approaching, the [CHR] urges the government to tighten its protection measures to mitigate possible election-related violence. This increase in vigilante activities has negative implications on the country’s security and the democratic process in general.”