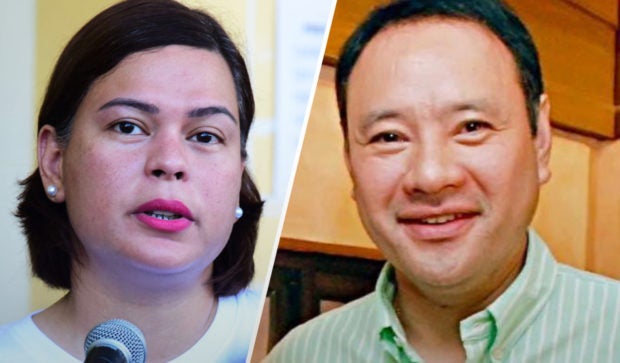 According to former Camarines Sur Rep. Rolando Andaya, who was with Teodoro in the Davao trip, the daughter of President Rodrigo Duterte and the ex-defense chief were able to discuss various issues during their meeting which include solutions to the COVID-19 pandemic and the country’s economic recovery.

Hours before the meeting, Andaya shared photos of him with Teodoro aboard what appeared to be a private plane to Davao City. The photo was captioned: “On my way with my Vice President to meet my President. Done deal folks.”

On my way with my Vice President to meet my President. Done deal folks

Andaya’s social media gave energy to speculations about Teodoro’s mission and reason for traveling to Davao City and meeting up with Duterte-Carpio, especially after Albay Rep. Joey Salceda bared a day before that there is “no doubt” in his mind that the presidential daughter will run in the upcoming elections to succeed his father.

Andaya also said he verbalized his desire for a Duterte-Carpio-Teodoro tandem for the 2022 polls.

INQUIRER.net asked Duterte-Carpio regarding the meeting with Teodoro, but the Davao City mayor refused to comment.

To send a strong message amid the pandemic, Andaya said Teodoro also received his COVID-19 shot in Davao City.

Andaya said Teodoro will return to Davao City for his second COVID-19 shot.

Teodoro ran for the presidential post in the 2010 elections but lost to his cousin, former President Benigno S. Aquino III.