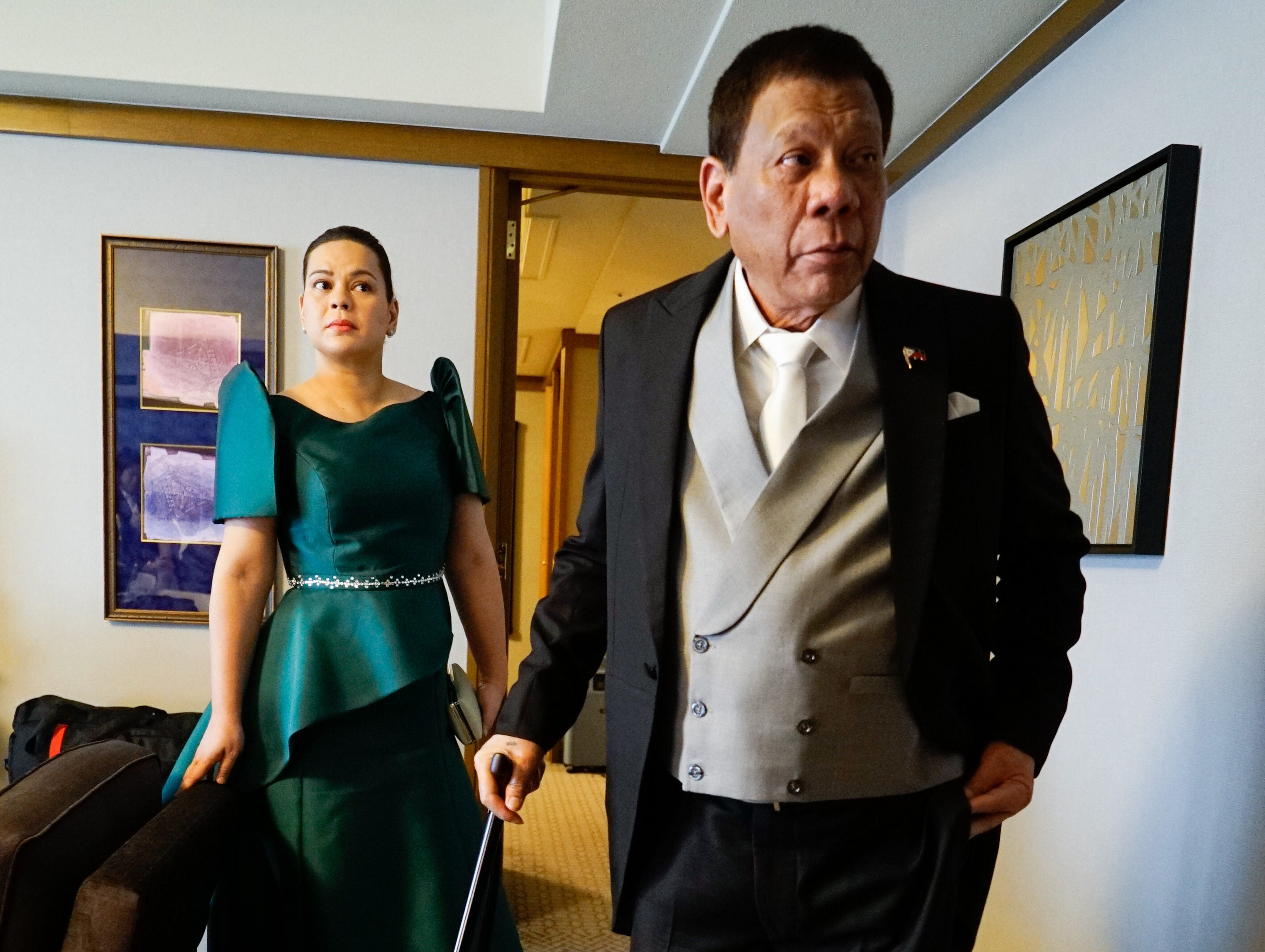 (FILE PHOTO) President Rodrigo Roa Duterte and his daughter, Davao City Mayor Sara Duterte-Carpio, arrive at the Imperial Palace in Tokyo, Japan to witness the Ceremonies of the Accession to the Throne of His Majesty Emperor Naruhito on October 22, 2019. KING RODRIGUEZ/PRESIDENTIAL PHOTO

MANILA, Philippines – Albay Rep. Joey Salceda said Thursday he does not see a Duterte-Duterte tandem in the 2022 presidential and vice-presidential elections.

Salceda made the remark after saying that Davao City mayor and presidential daughter Sara Duterte-Carpio will be running for president in the 2022 polls.

Asked by reporters about a possible Duterte-Duterte tandem with President Rodrigo Duterte as the Davao City mayor’s vice president, Salceda said: “I don’t see that, although I signed the resolution.”

“I think geographical balance is still necessary for her to win and necessary for good public policies especially in the allocation of national resources,” he added.

Later in the interview, Salceda said: “It is more reasonable that there will be a Duterte and somebody else as a team. So. I don’t see a Duterte-Duterte tandem in 2022.”

The PDP-Laban party earlier passed a resolution urging President Duterte to run for vice president in 2022. Included in the resolution is the liberty given to Duterte to choose his presidential running mate.

However, in January this year, President Duterte said his daughter is not seeking the presidency.

Despite this, Salceda said he has “no doubt” in mind that the presidential daughter will go for the highest government post. Duterte-Carpio, for her part, has yet to officially announce her move for the 2022 elections.