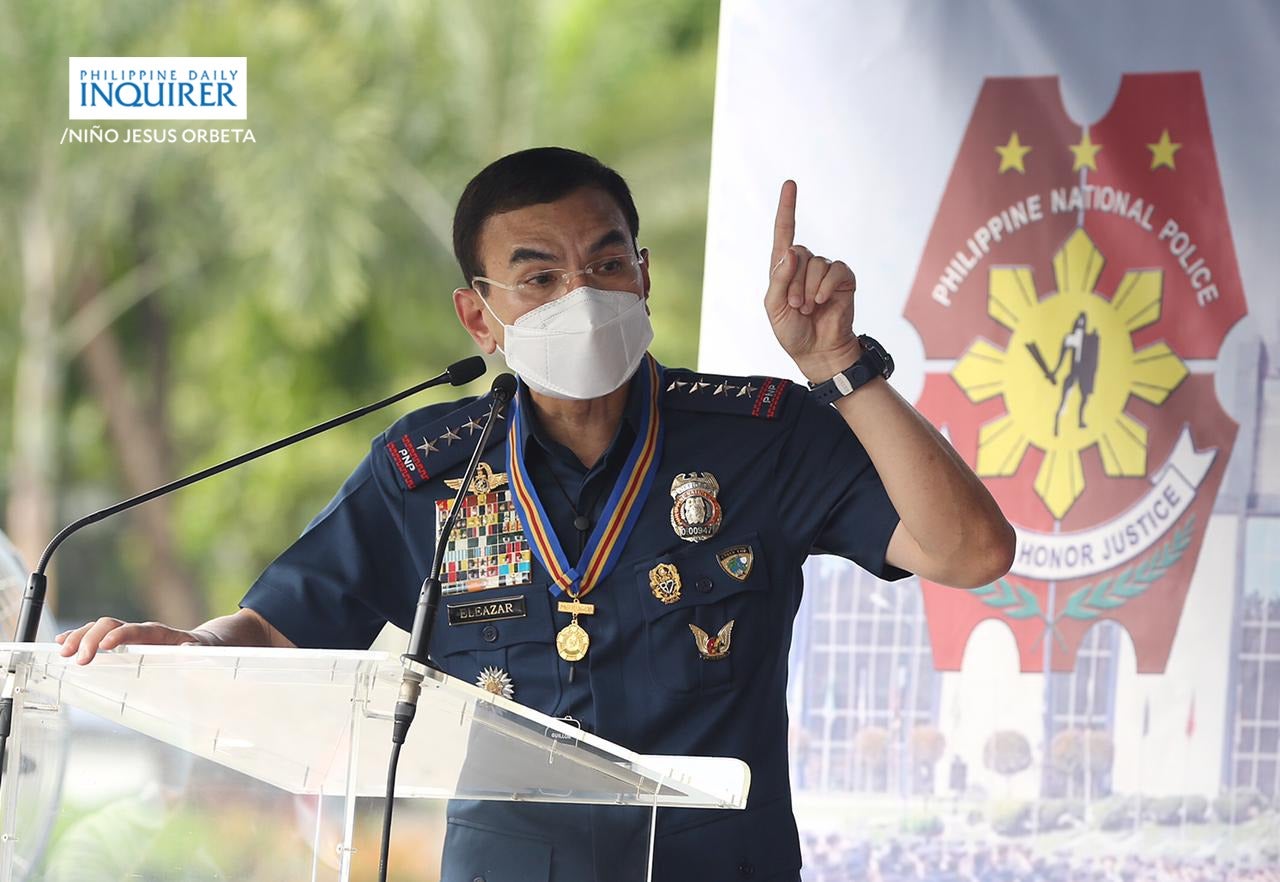 (Now, our NP tests are only for recruitments, requirements for promotion, and mandatory schooling. Now, we are contemplating having mandatory [test] every three years.)

The PNP chief said he recently discussed the initiative with the director of the PNP Health Service.

He also said that the proposal is based on the Armed Forces of the Philippines ’ (AFP) re-enlistment process where soldiers are required to undergo NP tests every three years.

Eleazar bared the proposal when asked about possible measures to control the drinking habits of police officers.

To recall, Eleazar has ordered the immediate filing of criminal and administrative cases against Police Master Sergeant Hensie Zinampan, who shot a 52-year-old woman in Quezon City. Investigators earlier said Zinampan was drunk during the incident.

Eleazar added that the PNP is also pushing for the “Bantay Kaisipan” program where the mental and emotional stability of officers will be monitored.

The PNP chief added that a medical plaza and an improved health service are being proposed. The project will be led by a two-star general and at least seven one-star generals.

(We will strengthen their roles for our mental and emotional requirements and needs, which is very important for police officers and law enforcers.) Faith Yuen Wei Ragasa, Inquirer trainee