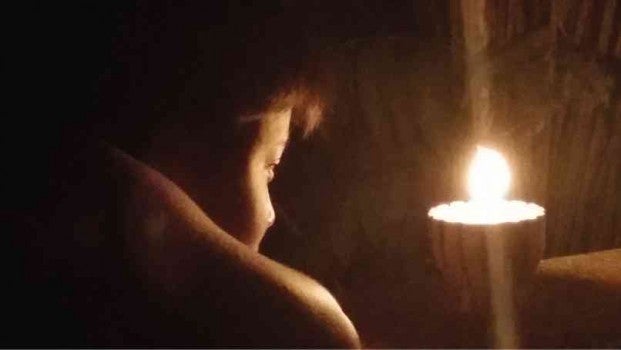 MANILA, Philippines — The Department of Energy (DOE) blames private power companies for the brownouts in Metro Manila and the rest of Luzon since Monday and promises to go after those that failed to comply with government regulations to prevent interruptions.

Speaking at the Laging Handa public briefing aired on state television, Energy Undersecretary and former Camarines Sur Rep. William Fuentebella said the agency would coordinate with the Energy Regulatory Commission (ERC), the Philippine Competition Commission and the Department of Justice to study the filing of charges for economic sabotage against the erring power companies, which he did not name.

He said Energy Secretary Alfonso Cusi had instructed their lawyers to explore the filing of cases and were now in the process of gathering evidence.

He said there were power firms that recently sought permission to conduct a preventive maintenance shutdown of their plants but these were denied because of the DOE policy prohibiting such activities during the summer months when demand for electricity was high.

Data from the DOE showed that the 345-megawatt Unit 2 generator of the Aboitiz group’s GNPower Mariveles coal-fired plant in Bataan province has been on unplanned shutdown due a boiler tube leak since Feb. 6 and was expected back in the grid on Aug. 31.

For the same reason, Unit 1 of GNPower Mariveles also conked out on June 1, when Luzon was placed under red alert for more than 12 hours. Unit 1 is expected to go back in operation on June 8.

Unit 2 of the Consunji-controlled Sem-Calaca coal-fired power complex has also been on unplanned closure since Dec. 3 due to a so-called grounding fault in the generator. It is expected to resume operations on July 1.

The 647-MW Unit 2 of Team Energy Corp.’s Sual coal-fired power complex in Pangasinan province likewise went on unplanned shutdown last May 16 due to a pressure control valve problem. It was earlier scheduled to reconnect to the grid in the third week of June, but the DOE said this was now expected late yesterday afternoon.

The DOE, Fuentebella added, was also looking into the liability of National Grid Corp. of the Philippines (NGCP). Last April, Cusi called out the NGCP for not complying with its responsibility to enter into contracts with power producers that would provide on-call, backup supply whenever needed.

“Secretary Cusi is always looking for the reserve because a power plant is like a car. If a tire gets flat, there should be a spare tire that you can use while the damaged one is being vulcanized. [It’s the same case] when you are fixing a power plant,” he said.

Fuentebella said the DOE was also monitoring distribution utilities such as Manila Electric Co. to see to it that their systems were in order and that selected areas such as those hosting facilities that store COVID-19 vaccines were spared from power interruptions.

He said the distribution utilities were asked to provide generators to vaccine storage facilities.

“But at the end of the day, it’s an enforcement matter. It means we have to guard against who are not complying with their responsibilities as power players,” he said.

The ERC said it has also ordered power companies to explain within a week why they have exceeded the maximum number of days their plants were allowed to be on unscheduled shutdown.

ERC Chair Agnes Devanadera said in a statement that based on the examination by the agency’s technical group, there were companies that have already breached the 17 days maximum allowable unplanned shutdown a year as of April 2021.

Gerry Arances, Power for People Coalition convener, also noted that energy regulators and the oversight committees in Congress must immediately hold generation companies accountable for the outages, while an energy policy expert commented that the power outages should push the government to install more renewable energy plants to allow for more flexible and affordable power generation.

“We need to have a set of power plants that are least costly and have that kind of flexibility,” said Alberto Dalusung III, energy transition adviser of the Manila-based Institute for Climate and Sustainable Cities. “The lowest cost power plants today [are] solar or renewables. We need to have the right mix.”

Dalusong, a member of the National Renewable Energy Board and former DOE director, said the long-term solution to these shortages was more effective power expansion planning, along with new capacity and flexible power plants that could adjust to varying levels of load.

Meantime, the power situation improved on June 2 as the lower-than-expected demand prompted the NGCP to lift the red alert at 3:21 p.m. It earlier warned that Luzon would be under red alert for the third straight day for 13 hours starting 9 a.m. —With reports from Ronnel W. Domingo and Jhesset O. Enano