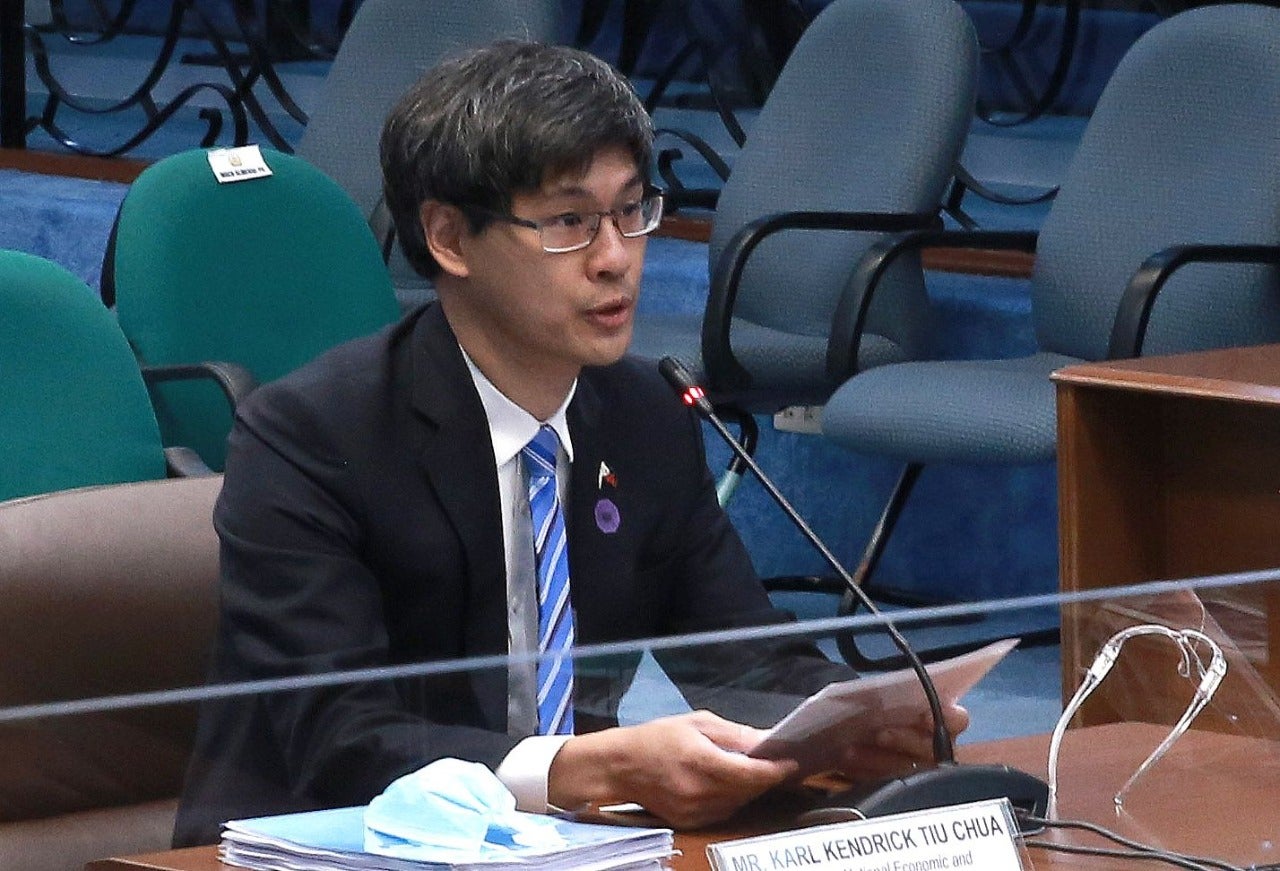 NEDA CHIEF FACES CA: National Economic and Development Authority (NEDA) acting Sec. Karl Kendrick Tiu Chua appears before the hybrid meeting of the Committee on Tourism and Economic Development of the Commission on Appointments for the deliberation of his nomination as NEDA secretary, Wednesday, June 02, 2021. (Alex Nueva España/Senate PRIB)

Before the CA plenary, the body’s Committee of Tourism and Economic Development deliberated on and recommended the approval of Chua’s nomination.

“The nominee is a NERD – but with K-Pop looks. By NERD, I mean our National Economist for Recovery and Development. In the Cabinet, he is the youngest in years, but one of the wisest in experience,” Recto said.

During the committee hearing earlier in the day, senators and House lawmakers expressed their support for Chua. While there were a number of policy questions thrown his way, Chua’s competence was not put into question.

Chua was appointed as acting chief of the National Economic Development Authority (Neda) in April 2020 after former Secretary Ernesto Pernia resigned from his post.

In April this year, Chua was officially appointed by President Rodrigo Duterte as Neda secretary.

Before his posting in Neda, Chua served as finance undersecretary.

“There’s no doubt in my mind that the nominee is eminently qualified and fit for the position,” Senator Panfilo Lacson said.

“I support the confirmation of Mr. Karl Kendrick Chua as secretary of NEDA. He has helped us a lot as a resource person in the many legislations we pass in the Senate,” Senator Cynthia Villar, for her part, said.