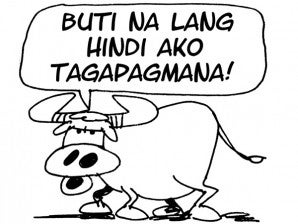 Former Senator Maria Ana Consuelo “Jamby” Madrigal is mad as hell at a Metro Manila tabloid that ran what she said was a “malicious and libelous” story that claimed she was the owner of the shabu laboratory at the Ayala Alabang Village that was recently raided by the Philippine Drug Enforcement Agency (PDEA).

Madrigal has just returned from a “spiritual growth-related” trip to India.

The former senator on Saturday said she was “shocked by such irresponsible journalism,” and denounced the Alabang Village Voice (AVV), a weekly tabloid newspaper that claims to have been serving private subdivisions in Alabang, Muntinlupa, since 1995.

“They could have easily verified the facts as reported by media. Was this mere incompetence or malicious intent? Why are they misleading the public? They owe me an apology and a retraction. I shall use all legal remedies to ensure that my good name is not besmirched by such libel,” Madrigal said.

Madrigal clarified that “the house on No. 504 Acacia Avenue, Ayala Alabang, Muntinlupa City, which was the subject of the PDEA raid on Jan. 6, 2012, is owned by and registered under the name of Fuerte Holdings Inc.  with Gizela Gonzalez-Montinola as chair and Ma. Susana Madrigal as president.”

Ma. Susana Madrigal is Madrigal’s estranged sister, with whom she is locked in a legal dispute over the estate left by their late aunt, philanthropist Chito Madrigal-Collantes, who died in 2008.

Madrigal said she was “neither a stockholder, director or officer of Fuerte Holdings” and was “devoid of any participation” in the lease of the property to anyone.

She believes the AVV story was “from someone who is out to destroy me.” She did not name names but hinted the story’s source was a “sour-graping” member of the Senate.

Madrigal’s lawyer, Ernesto Francisco Jr., cited the paper’s “reference to former Senator Madrigal as the owner of the Ayala, Alabang, property used as a shabu lab by the arrested Chinese nationals and/or the association of her name with illegal drug operation is a public and malicious imputation of a crime, vice or defect, act, omission, condition or circumstance which caused the dishonor, discredit or contempt of former Senator Madrigal.”

In its Feb. 5-11 issue, the AVV reported that “the raided shabu lab is located in a 1,100-square-meter house owned by former Sen. Jamby Madrigal.”

The AVV is published by Village Voice Publishing Corp., with offices at No. 810 Castro St., Malate, Manila.

Last month, the PDEA said it was studying whether there was basis to press charges against Fuerte Holdings.

As for the liability of the owners of properties used in illicit drug operations, public information chief Evangeline Almenario said: “It depends. If the landlord knew of the drug activities, then they would be liable.”

During the Jan. 6 raid, PDEA agents also seized truckloads of drug paraphernalia and equipment from the medium-scale laboratory reportedly used to manufacture methamphetamine hydrochloride, or shabu.

Investigators discovered that the house leased by the suspects for P260,000 a month was registered in the name of Fuerte Holdings, one of the companies whose ownership was being contested by the former senator.

The childless Collantes died on March 24, 2008. In her will, she left her estate to her husband, Manuel, a former foreign affairs minister, nieces Ma. Susana Madrigal and Gizela Gonzalez-Montinola, and grandnephew Vicente Gustav Warns.

Jamby Madrigal, who was left out of the will, went to court to contest it. Last July, a Makati court declared Madrigal as an heir to her aunt’s estate.

Read Next
Giant hangar sends Aquino’s dream soaring
EDITORS' PICK
Acer starts the year off strong with the Aspire Vero National Geographic Edition
Comelec division junks petition to cancel Marcos COC for president
PH logs 37,070 more COVID-19 cases; over 33K others recover
The best of bayside and city living at SMDC’s Sail Residences
‘Not yet the end’: Lawyer says Marcos Jr’s DQ cases to take lengthy process
Over 3 Million worth of prizes to be won at Smart Padala’s SENDali Manalo Promo!
MOST READ
NBI foils escape attempt of Kerwin Espinosa, two others
Marcos camp ‘extends hand of unity’ after COC cancellation bid is thrown out
Wendell Ramos finally gets to hold his newborn for the 1st time
No vaccine, no French Open for Djokovic, says French Sports ministry
Don't miss out on the latest news and information.