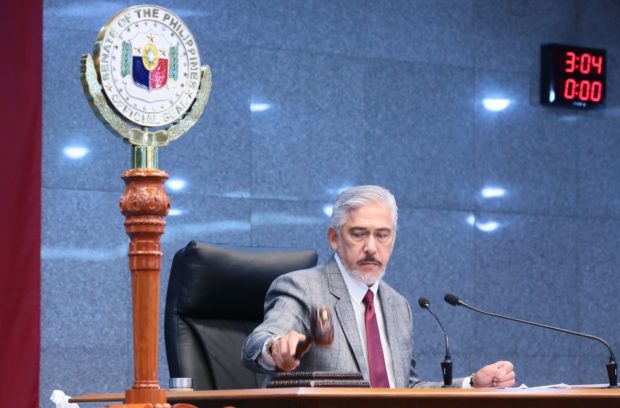 MANILA, Philippines — Senate President Vicente Sotto III admitted Monday that he is “thinking about” running for vice president in the 2022 elections.

“The Office of the Vice President is something else…I have to admit I’m thinking about it unlike the other politicians who say they’re not running but on the day of the registration, nangunguna,” Sotto said in an interview on ABS-CBN News Channel.

“That’s if I do away with the other inclination which is to retire,” he added.

Sotto said he would consider running for the second highest government position in the country if the office of the vice president was given a more prominent role in governance.

“That will make me run, if we can upgrade the vice president into something really [prominent]…like for example, if the vice president will be handling the problem of illegal drugs and drug abuse, remove it from the plate of the president,” the Senate leader said.

“That’s what I’m saying, you enlarge the program and the office of the vice president to be able to do that, something like that, if we do that, perhaps, yes, I will consider,” he added.

Sotto said he would likely make an announcement on his plans for the 2022 elections after the State of the Nation Address (SONA) in June.