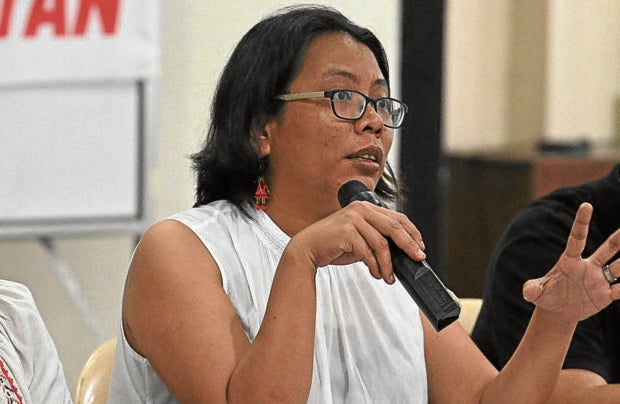 MANILA, Philippines — Citing “similar patterns,” human rights groups have called for an independent investigation into the killing of two elderly peace consultants on May 28, one of them by policemen serving arrest warrants, and the other, in an attack carried out by unidentified armed men, even as the Philippine National Police said it would look into one of the cases.

Karapatan, a national alliance of human rights organizations, said the deaths of National Democratic Front of the Philippines (NDFP) consultants Reynaldo Bocala, 74 and Rustico Tan, 80, as well as Bocala’s aide, Willy Epago, should be examined “in the context of previous incidents and attacks against other NDFP peace consultants or spokespersons, who were killed in similar patterns, whether in the course of purported service of warrants or involving unnamed individuals.”

Karapatan also called on the Commission on Human Rights (CHR) to “provide the necessary assistance to the families of [the victims] and to conduct independent investigations into their killings.”

The PNP had claimed that Western Visayas police operatives, backed by military personnel, tried to serve Bocala with arrest warrants in his house in Pavia town, Iloilo province. He and Epago, however, allegedly resisted and shot it out with the police team, resulting in the two men’s death.

He was facing arrest for several charges such as robbery in band with frustrated homicide and damage to property with the use of motor vehicle and unlicensed firearms, robbery with serious physical injuries, arson and murder.

On the other hand, Tan was sleeping in a hammock in his house on Camotes Island, Cebu province, when unidentified men shot him in the head and torso.

Tan left the priesthood several decades ago and joined the New People’s Army. After serving as an NDFP consultant in the peace negotiations in the 1980s, he retired and went into community organic farming.

“As we express our deepest condolences to the bereaved families of Tan, Bocala and Epago, we also strongly denounce their abhorrent and brutal killings, especially in relation to their involvement in the Government of the Republic of the Philippines (GRP)-NDFP peace process, the trumped-up charges filed against them, and the circumstances of their killings,” Karapatan secretary general Cristina Palabay said in a statement.

The deaths of Bocala and Tan follow those of Eugenia Magpantay and Agaton Topacio, who were killed after they supposedly fought back when policemen raided their house in Angono, Rizal province, in November.

The police claimed they went there to arrest the elderly couple who were NDFP consultants.

Other peace consultants also killed were Randall Echanis in 2020 and Randy Malayao in 2019.

Echanis, Magpantay and Topacio were among the more than 600 names that the Department of Justice sought to proscribe as terrorists before a Manila court.

All of them were elderly, Palabay noted, and thus were unlikely to have fought it out with the police.

“[Part of the investigation should focus on] the Duterte government’s blatant terror-tagging of peace consultants through the Anti-Terrorism Act, which we have already feared is a de facto death warrant,” she said.

“We call on the Duterte administration to put a stop to the killings and to abide by the [GRP-NDFP] Comprehensive Agreement on Respect for Human Rights and International Humanitarian Law,” she added.

In a statement on Sunday, PNP chief Gen. Guillermo Eleazar said investigators would look into the case of Bocala, including possible lapses in the conduct of the police operation that resulted in his death.

“Whatever the findings and recommendations of the PNP’s Internal Affairs Service would be based on statements and evidence it gathers (in the motu proprio investigation),” he stated.

He added, however, that the PNP was open to any independent probe that may be sought by the kin of Bocala but made no mention of Tan’s case.

Based on police operational procedures, town or city investigators and the scene of the crime office initially take charge of violent crimes.

The Inquirer tried to reach PNP spokesperson Brig. Gen. Ronaldo Olay and Central Visayas police director Brig. Gen. Ronnie Montejo for an update on the investigation into Tan’s killing but both did not respond to text messages and phone calls. —WITH REPORTS FROM JEANNETTE I. ANDRADE AND KRIXIA SUBINGSUBING INQ