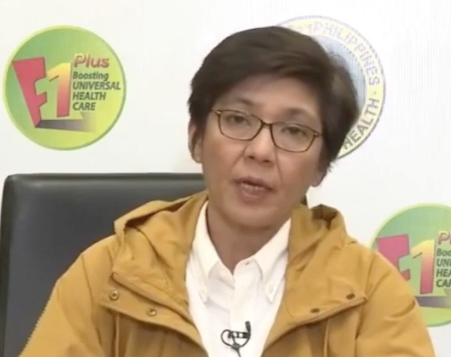 MANILA, Philippines — Foreigners who are permanent residents of the Philippines should be vaccinated like other Filipinos under the government’s mass immunization against COVID-19, Health Undersecretary Maria Rosario Vergeire said on Saturday.

“This means that since you live here, we have to vaccinate you because you will also interact with Filipinos,” she said at the Laging Handa briefing.

Vergeire said the Department of Health (DOH) had looked into the vaccination of Chinese nationals in Pasay City recently and was informed that the foreigners were permanent residents in the country.

Vergeire said the vaccination of the foreigners was “in accordance with the protocols of the government.”

The Inter-Agency Task Force for the Management of Emerging Infectious Diseases (IATF) had said that foreigners who are permanent residents of the country would not be treated differently from Filipino nationals, Vergeire said.

The Pasay City government earlier said the vaccinated Chinese nationals were senior citizens and persons with comorbidities, who are among the priority to receive shots in the mass inoculations, along with health-care workers.

The government is ramping up the vaccination drive with the inclusion of workers in the government and the private sector who have to be physically present in their workplaces.

It will also issue guidelines on the vaccination of the immediate family members of health-care workers to determine which ones should get priority, according to Vergeire.

The immediate family members of front-line health workers were included in the A1 priority category for vaccination under the latest rules of the IATF, the temporary government body that manages the pandemic.

Depends on number of doses

“Maybe we only need to include the nuclear family first because we know this will all depend on the number of doses we have right now,” Vergeire said. “Let us wait for the guidelines so that the implementation would be done properly.”

The agreement with the IATF was that the vaccination of family members would depend on the delivery of vaccines to the country, she added.

“This is why we have to see which are the family members of the healthcare workers who have to be prioritized before their extended family,” Vergeire said.

According to her, the immediate family members were included in the top priority group in order to provide healthcare workers with complete protection against the coronavirus, as they are the ones most at risk and the most vulnerable at this point of the pandemic.

Health-care workers are concerned that even if they are fully vaccinated, they could become infected at home if their family members have not been inoculated, she said.

Vergeire said Secretary Carlito Galvez Jr. chief implementer of the National Task Force Against COVID-19 and IATF officials had pushed for the priority vaccination of the family members to provide complete protection to the healthcare workers.

Philippine Medical Association (PMA) president Benito Atienza said his group was thankful to the IATF for agreeing to the healthcare workers’ request to inoculate their family members, too.

Atienza said some healthcare workers were wary about returning home when their family members have not been vaccinated.

The government has inoculated most of the 1.7 million healthcare workers against the coronavirus.

Atienza said there was now a growing interest among Filipinos to be vaccinated, but the process must be improved.

He said the PMA will help in drumming up interest in vaccination.

According to Atienza, the information campaign conducted by the PMA, the DOH, other branches of government, and nongovernmental organizations had resulted in more people in the National Capital Region willing to get their shots.

“The problem actually is there are not enough vaccines and vaccinators in some areas,” Atienza said.

“We expect to help, the doctors and nurses, in order to increase [vaccinators] and to lessen the number of lines to fast-track the vaccination, and in monitoring [the vaccine recipients],” he said. Atienza also said physicians’ groups all over the country had been coordinating with local governments to set the schedule for the doctors’ deployment to the vaccination centers so that at least one would always be present at the site.

What needs to be improved is the timing of the shots to prevent long lines from forming at the venues, he said.

There are also vaccination centers that do not have enough people to administer the vaccine, Atienza said.

To help generate more interest in vaccination, the PMA has teamed up with other healthcare workers to promote the activity, he said.

If people see the medical professionals advocating and sharing information about the benefits of vaccines, it could lessen their hesitancy, Atienza said.

He also said the PMA is making sure that there are doctors at the vaccination centers to explain the vaccines to the people and to address their concerns.