Fr. Eliseo Mercado Jr.: A Catholic with passion for Islam 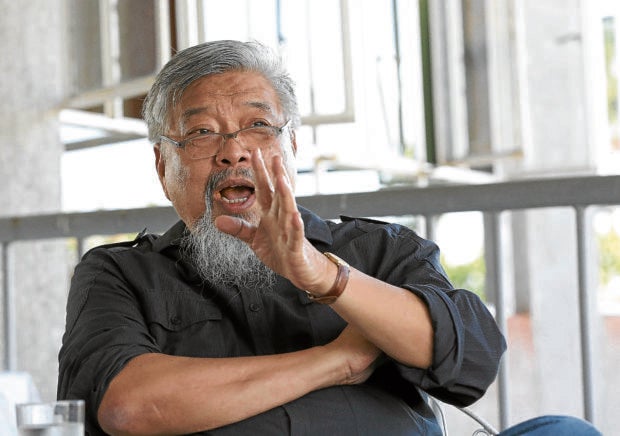 Opening the Kusog Mindanaw conference in July 2019 in Davao City, Fr. Eliseo Mercado Jr., its chair, shared a short reflective piece which he said was inspired by Martin Luther King Jr.’s “I Have a Dream” speech in 1963:

“I dream of a prosperous and peaceful Mindanao where all the inhabitants feel safe and secure and there is no more war and fear.

“I dare to dream of Mindanao where the majority of people want to live together, to coexist, perhaps initially uncomfortably but open to learn how to live together as common stakeholders of this land.

“I dream of a day when our children, indigenous children, Moro children and Christian children, go to school together, live in the same communities, and work the same fields together and are empowered to chart our destiny as a community within the community of nations.”

“That day is possible, and our coexistence is possible and our self-determination of our destiny is possible. We dare each one to rise above our own worst fears, and reach out to others who wish to coexist with us,” said Mercado, known in Mindanao and elsewhere as Father Jun, or Bapa Jun.

Kusog Mindanaw, literally Mindanao force or strength, is one of the major platforms through which Mercado helped shape a hopeful future for the troubled region.

Charlito Manlupig, president of Balay Mindanaw Foundation Inc., said Mercado was a pillar of the group composed of major civil society networks and personalities, organized in 1994 to campaign for parity and equitable development for Mindanao, and foster solidarity and peace among the region’s diverse peoples.

Since its first conference in 1996 on federalism as an option for fixing Mindanao’s conflicts, particularly addressing Moro self-governance aspirations, Kusog Mindanaw has since held regular gatherings that bring together leaders in government, business, academe, civil society, security and religious sectors, and personalities from the Moro revolutionary groups.

Mercado had chaired Kusog Mindanaw for over 15 years until his death from cardiac arrest on May 23.

Mercado was born in Obando, Bulacan, on May 29, 1948, to Eliseo Sr. and Anita dela Rosa. His father was an American-trained aviator who saw action during World War II.

In a documentary about his life produced by Oblate TV in February, Mercado recalled that early on, he wanted to be a politician, not a priest.

But he was drawn to the idea of working among the Muslim communities of what used to be the vast Empire Province of Cotabato and the Sulu archipelago as he was introduced to the Catholic missionary order Oblates of Mary Immaculate (OMI).

Mercado credits Oblate priest Bertrand de Merz, whom he said was a very good orator, for opening him into that prospect.

“What attracted me is Mindanao; it was pioneering work at that time,” he said.

He added that he was also attracted to the sultanates “because we were very romantic in Luzon.”

“It is for this reason that my vocation is really tied to Islam from the very beginning. That was the reason why I entered [the] Oblates. And that’s the reason why I got deviated from my career path as a politician,” Mercado said.

Mercado joined the OMI in 1964 and professed his first vow in 1967. He went to the University of Santo Tomas for studies in the Classics and Philosophy, and finished his Theology and Missiology degrees at the Gregorian University in Rome, Italy.

One of Mercado’s early scholarly interests was on the rituals from birth to death of Tausug Muslims in Sulu province.

He later pursued Islamic Studies and Arabic Studies in Rome and Special Studies in Islamic Archaeology in Cairo, Egypt.

In Cairo, Mercado came to know of and got involved with the Badaliyya, a movement for inter-religious understanding and of “Christians offering themselves for the Muslims.”

He said the movement was inspired by the teachings of St. Francis of Assisi and Louis Massignon, a French Catholic scholar of Islam, the acknowledged pioneer of building interfaith relations.

“Islam has played a major role in my life, in my advocacy, in my identity, as well as in my ministry as an Oblate of Mary Immaculate,” Mercado pointed out.

“Many people thought that I’d become a Muslim. That’s one of the reasons why I continue to celebrate Mass in the Cathedral, that is more public. That way they see me still as a priest,” he said.

This passion made Mercado easily understand the plight of the country’s Muslims, who have been fighting for decades to preserve their culture, faith and land amid succession of national government policies that threatened to erode these.

Their aspiration for self-governance has spawned four decades of secessionist war in Mindanao waged by two revolutionary organizations.

Mercado was among those who strongly advocated for a negotiated settlement to the Moro rebellion which was already raging by the time he took his first parish assignment in Tacurong, Sultan Kudarat, in 1974 after his ordination as a priest.

His baptism with violence came in 1975 when a grenade exploded inside a classroom of the Notre Dame of Dulawan in Datu Piang, Maguindanao.

Two students he rescued, Abdul Rakman Tungaw and Samuel Chu, died in his arms from shrapnel wounds. Seven died instantly from the blast and 47 were wounded, among them Nash Maulana, who would later become a journalist.

The experience, Mercado admitted, left him with a lasting psychological scar, which also probably deepened his commitment to helping secure peace in the region. 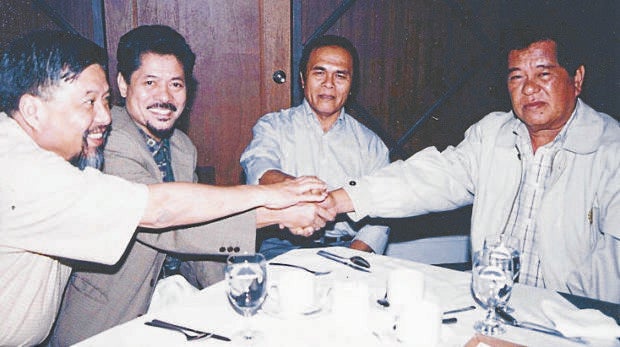 This was a time when there were no mechanisms for civilian-led and community-based monitoring, and communication facilities were still wanting.

Mercado was also a towering figure in Muslim-Christian dialogue, championing such programs as “Duyog Ramadan” (Accompanying Ramadan). During the Islamic holy month, when Muslims refrain from taking food and water throughout the day, he would gather Muslim and non-Muslim leaders for the “buka” (breaking of the fast) at sundown to talk about peace, mutual understanding and common interests.

Upon entering the Oblates order, Mercado had vowed not to be tied to the traditional understanding of being a priest, that is, doing ministerial work and celebrating Mass.

That’s why early in his priesthood, he was actively involved in affairs outside of the Church but significant to the life of the faithful.

In the 1980s, he joined the growing opposition to the Marcos dictatorship through the leftist movement.

He led the united front in Mindanao and became the region’s representative in Bagong Alyansang Makabayan with then-popular youth leader Lean Alejandro, who would later be assassinated. Mercado was among the leaders of a caucus of groups and personalities calling for a national strike to further ramp up the show of people’s dissatisfaction with strongman Ferdinand Marcos.

The relationships that Mercado built among the broad anti-Marcos forces, many of whom became politicians post-Edsa, were helpful in his work for peace and development in Mindanao in later years.

Lawyer Laisa Alamia, a member of the interim Bangsamoro parliament, said it was heartbreaking that Mercado died unexpectedly.

“You have touched so many lives in the Bangsamoro with your benevolent guiding hand, wisdom, and compassion. You’ve been Bapa Jun for us—like a grandfather to everyone, regardless of faith, a witness to the turbulent history of the Bangsamoro, through our defeats and our successes, and through our fears and hopes,” Alamia said in a social media post.

“I am forever grateful to you personally for always being there and for the guidance all these years when I migrated to Cotabato City with my family and began my mission of serving the Bangsamoro nine years ago,” she said.

“As the saying goes, which aptly describes you, ‘Death never takes the wise man by surprise, he is always ready to go.’ It is we, for now, who are not yet ready to let you go. But bid you farewell, we must,” Alamia added.