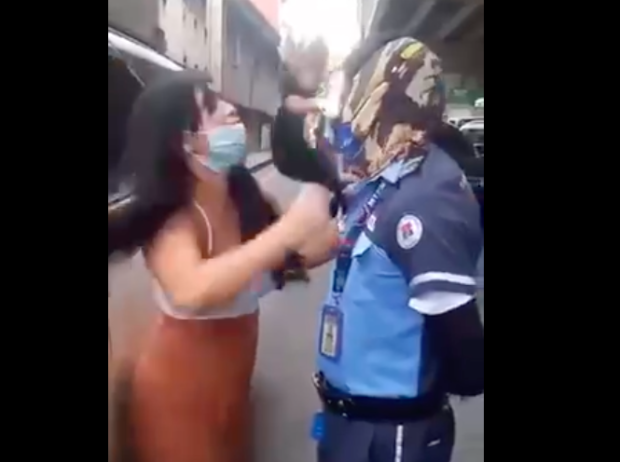 Initial reports from the MPD and the city’s Special Mayor’s Reaction Team (SMaRT) on Thursday showed that the woman, identified as Pauline Mae Altamirano alias Maria Hola, was flagged by traffic enforcers after allegedly beating the red light along Osmeña Highway in Malate, Manila.

But rather than get out of her white Toyota Fortuner and alight, the woman continued driving, forcing the pursuit by traffic enforcers.

Her car was stopped by traffic enforcers at Osmeña Highway and Estrada Street. However, when Altamirano was asked to produce her license, she refused to comply and instead allegedly harassed and assaulted the enforcer. 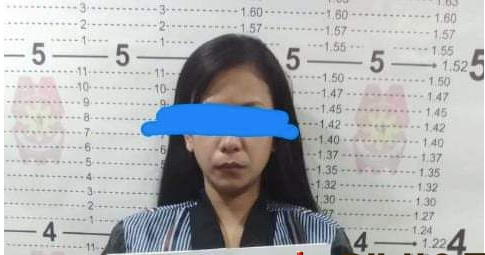 Altamirano faces assault, driving without a license and other complaints.

The incident was seen in a now-viral video from the Manila Traffic and Parking Bureau uploaded by the Manila Public Information Office on its Facebook page.

The five-minute clip shows Altamirano screaming at the male traffic enforcer while demanding that he return something, which appears to be a copy of the vehicle’s official receipt and certificate of registration (OR/CR).

MPD confirmed this, saying that the suspect gave the enforcers a copy of the car’s OR and CR, but not her driver’s license.  When the law enforcer refused to return the OR/CR of the vehicle, Altamirano stepped out of the car and slapped and punched the enforcer several times.

After she failed to retrieve the documents, she attempted to board the car again with the traffic enforcer still holding her. Altamirano’s outburst caused injuries to the enforcer’s face on the left side, police said.

According to MPD-SMART, the suspect will be facing complaints for violating Section 19 of Republic Act No. 4136 or the Land Transportation and Traffic Code for driving without a license, and Articles 148 (direct assault) and 151 (resistance and disobedience to a person in authority) of the Revised Penal Code.