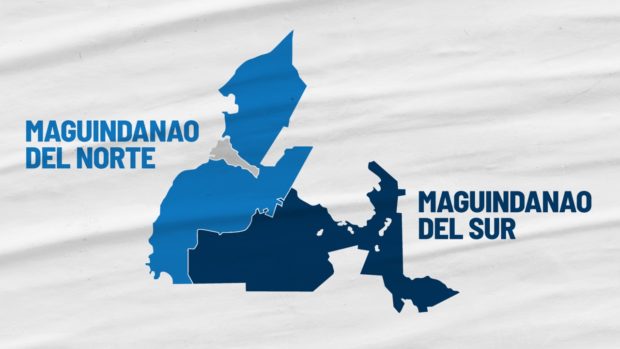 Graphic representation of the division of Maguindanao into two provinces.

Presidential spokesperson Harry Roque said Duterte signed the bill on Wednesday during a meeting about the transition of Bangsamoro Autonomous Region in Muslim Mindanao.

“The reason why they were there in the first place was the signing of a bill dividing the province of Maguindanao to Del Dur and Del Norte,” he said in a Palace briefing.

Malacañang has yet to furnish a copy of the signed measure to the media.

In March, the Senate approved a bill creating the provinces of Maguindanao del Norte and Maguindanao del Sur, which aims to accelerate the political, social, and economic development of the new provinces and ensure that government services are more accessible and more responsive to the needs of their respective constituents.